For those who just clicked this article! I bet…… you want to know MORE about Uma Musume, huh??

Uma Musume has explosively been going viral in Japan! But since it got a hit in such a short time, I bet many people wonder ‘what kind of story it is’!
So today, I’ll feature Uma Musume in this article, where you can understand everything in five minutes!

【Uma Musume】
Both Anime and Game Are Now HOT in Japan!
Five-Minute, and You Will Know the Attractions and Outline of Uma Musume! 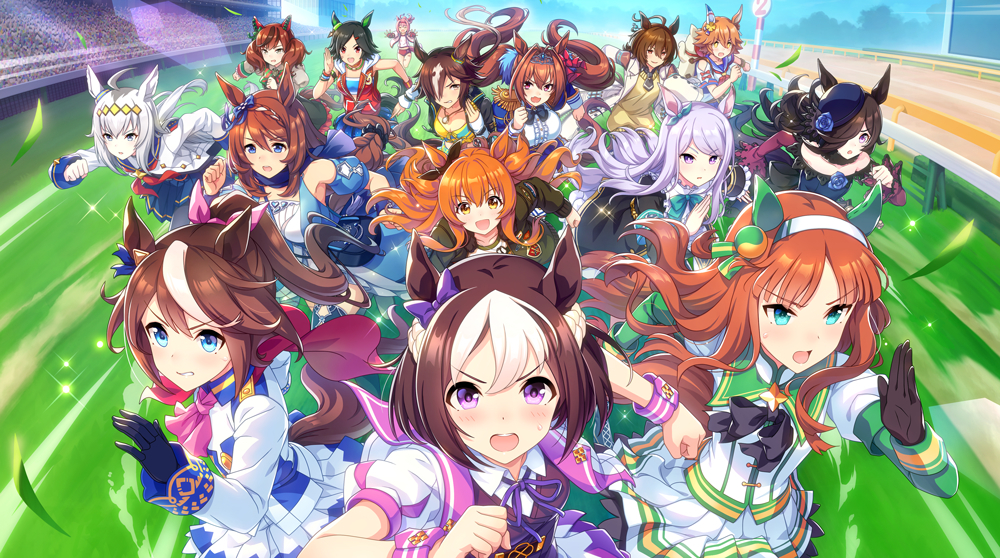 What is Uma Musume in the first place?

Uma Musume: Pretty Derby is a multimedia franchise created by Cygames such as a mobile game and the PC version. Around 2016, a comicalized version has released and an anime television series adaptation (Season 1) aired in 2018. A second season was animated and a smartphone game was released both in 2021, which got a huge hit.

Feedback such as ‘a smartphone version’s game, which released this year, is incredibly fun!’ has spread out, ending up getting a huge hit. However, actually, the project itself has already started around 2016! So those who haven’t played the game can even feel the Uma Musume; Pretty Derby’s world, through anime or manga!

Uma Musume are the girls, who have strength in their legs and a high running ability, just like the real horses!

Uma Musume were born as “horse girls,” carrying on the actual race horses’ names and spirit in the different world (our current world). They even have the ears and tails of horses as well as superhuman speed and endurance. However, other than those characteristics, they are just the normal girls.

Uma Musume’s races are an attractive entertainment, which excite so many people! 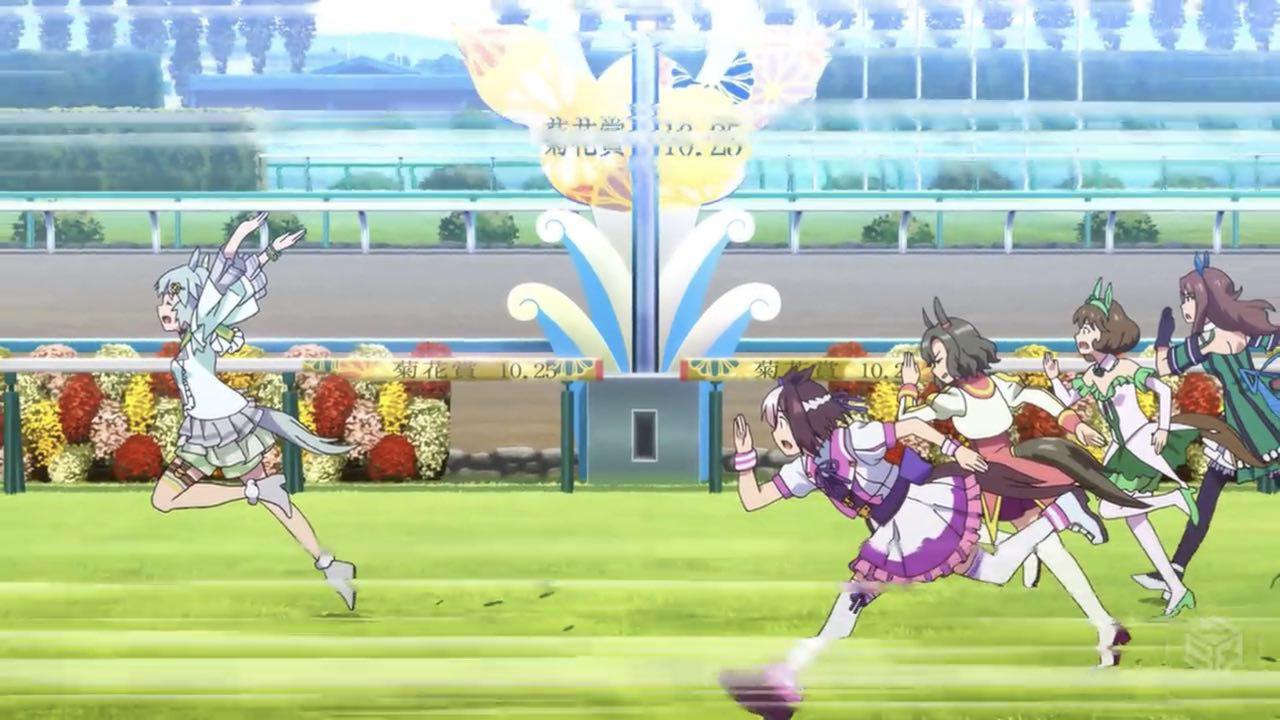 In the world, where Uma Musume live, there are not such thing as entertainment for gambling.
That’s why the races, where these girls compete against each other, is the best entertainment in this world. Sometimes, the “horse-racing” in our current world, becomes a motif of this story.

Let’s celebrate the victory!
Here’s a winning live concert by Uma Musume, shining with their fans! 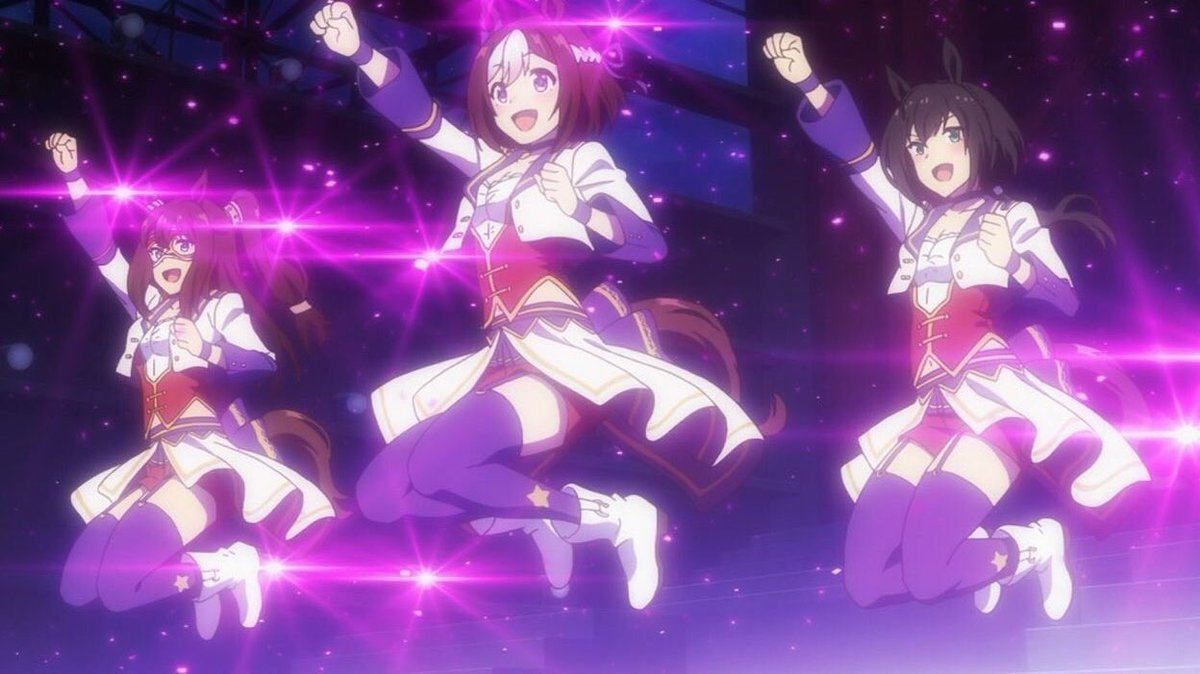 Uma Musume perform their singing and dancing after the races for their fans in the venue. It’s called a “Winning live concert,” where only Uma Musume who won the race are allowed to perform on the stage. It’s the stage, where only those Uma Musume and their fans celebrate the victory together.
By performing in the concert, Uma Musume are able to feel their fans’ cheering, being encouraged by them. For the fans, by cheering them up, they will come to like them even more. Like this, the win-win situation is realized on this stage.

The story is set in Tokyo’s Tracen Academy, where Uma Musume can make their dreams come true! 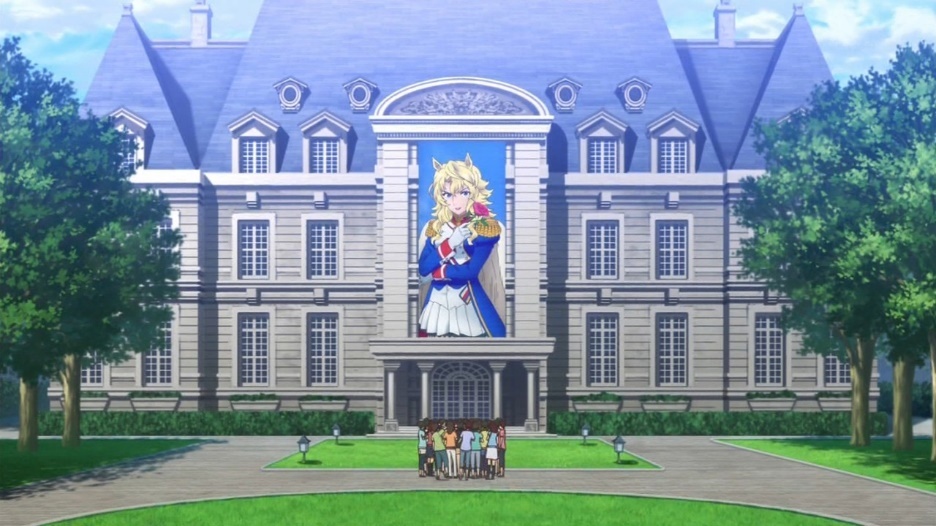 Uma Musume, who participate in racing, not only train their physical strength but they also try hard academically at the adjoining school in the racing track. Not only are the element such as speed or stamina required, but strategies such as the timing when they should speed up or how they utilize their stamina, are also required. They learn such elements at school too.

I think this is the rough worldview of this series. In anime or game, the story focuses on how Uma Musume encourage with each other in both school and racing track. In the game, the player raises those characters and try hard together as their trainer!

Their personalities and specialty fields differ!
These Uma Musume play an active role! 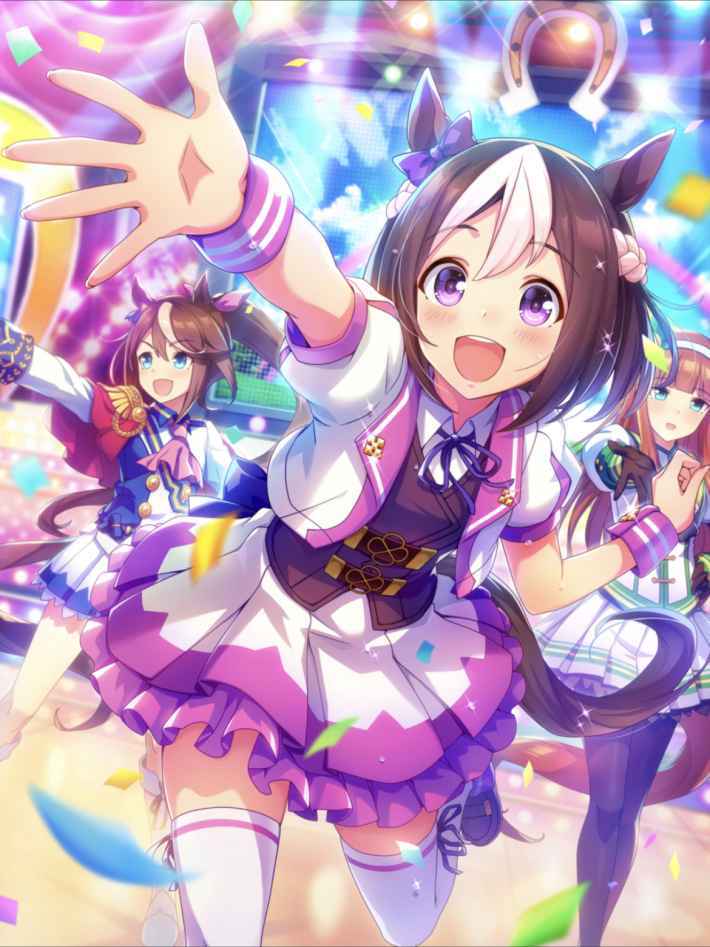 https://doujinrepublic.com/product/tag_page.html?tags=336980
She is the main protagonist in Anime, Uma Musume.
She moved to Tokyo, where she can race, from Hokkaido, making her dream “wanting to be a No.1 Uma Musume” come true, which is also a promise that she has made with her mother. She is cheerful and friendly and gets along with other Uma Musume. Her ideal Uma Musume is Silence Suzuka, ever since she saw her running so beautifully right after she entered the academy. 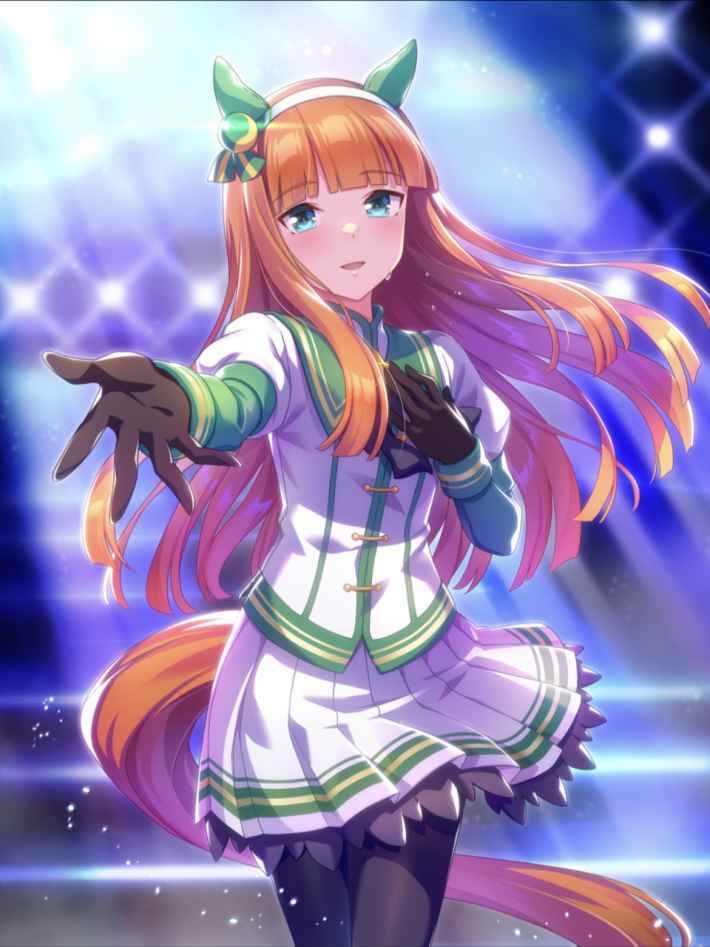 https://doujinrepublic.com/product/tag_page.html?tags=336979
She is quiet and cool.
She is interested in nothing but racing, so she keeps herself stoic, training herself very hard. Special Week has been a roommate once and they encourage with each other giving each other advice or training together. 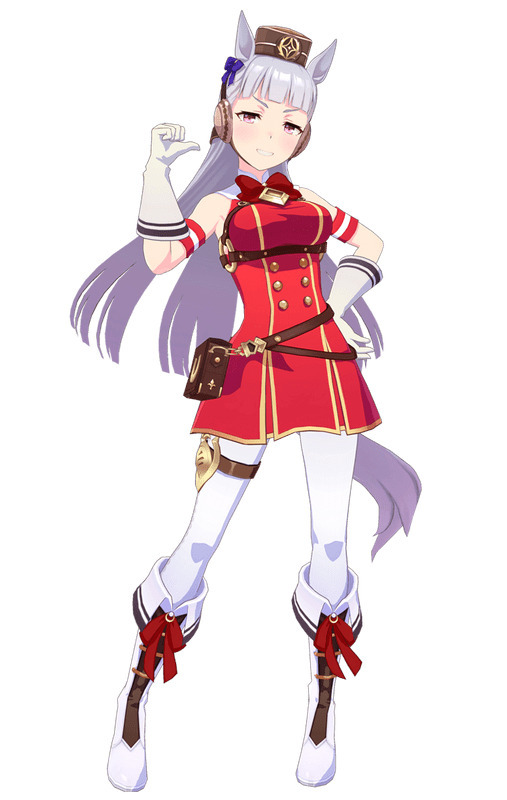 https://doujinrepublic.com/product/tag_page.html?tags=343561
She is very easygoing and coarse.
While being high with a beautiful body and face, she is super strange. When she feels good, she does anything but if she doesn’t, she would never do anything. She is literally a troublemaker in anime and game, where we can see her strange behaviors. She is the host of Uma Musume’s official channel, shown in public on YouTube. 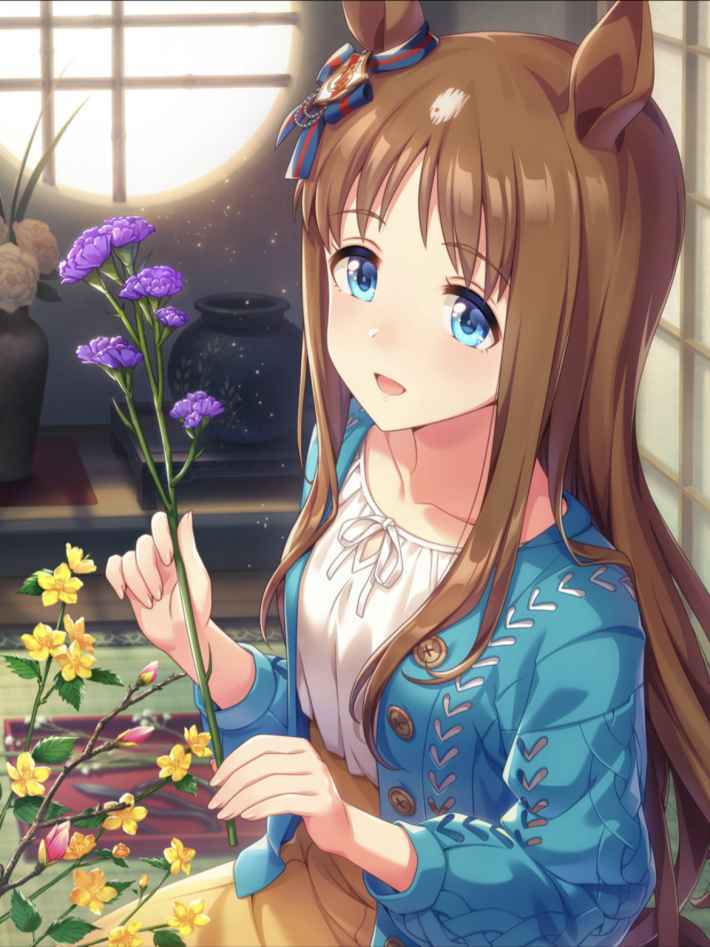 https://doujinrepublic.com/product/tag_page.html?tags=354466
She was born and raised in the USA.
Her racing ability is high that she has won a championship for the junior division. She is usually calm and kind but once she starts to race, she shows us such a powerful and speedy racing, unlike her personality. 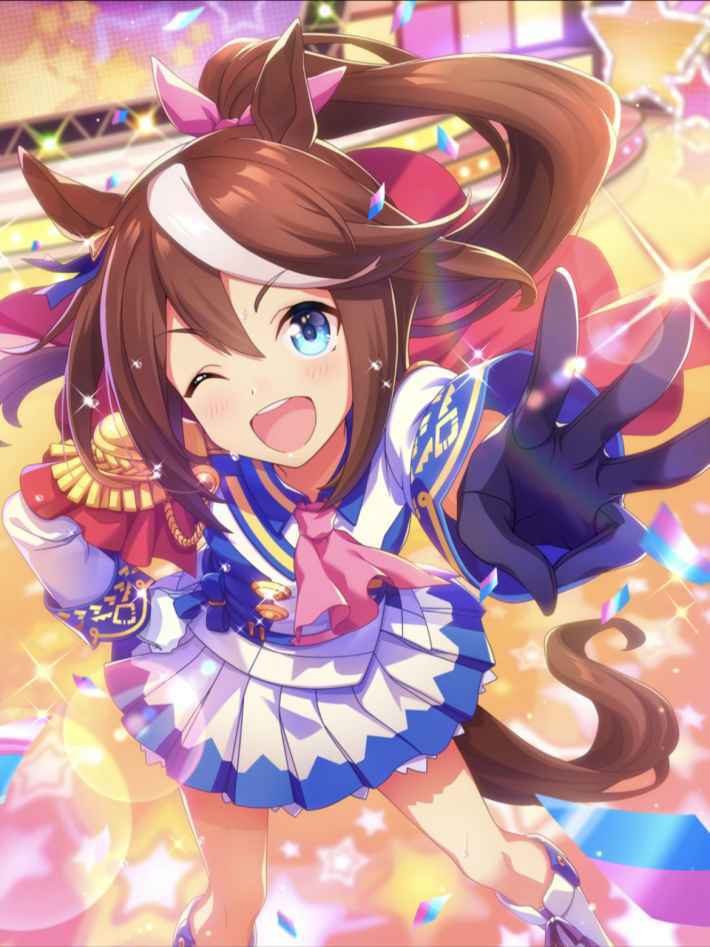 https://doujinrepublic.com/product/tag_page.html?tags=343562
She is cheerful and active with pretty smiles on her face.
She doesn’t like to lose and is a little selfish. She sometimes loses her mind when she gets upset. However, she is super passionate about racing, which influences Special Week, who she has made a friend with. In Season 2 of an anime, she plays the main protagonist, aiming to win and sticking to her ideal, while struggling with various difficulties.

Uma Musume are all cute and have unique personalities! There is a scene, where the actual racing-horses (which are their models) are reenacted too, which means you can not only learn Uma Musumes’ characteristics but also the actual horses’ episodes! It’s awesome, huh?