You know what!?
This year is a memorable year!!

Yep…… one of the classic idol-genre series, IDOLM@STER: Cinderella Girls is celebrating its 10th Anniversary!! 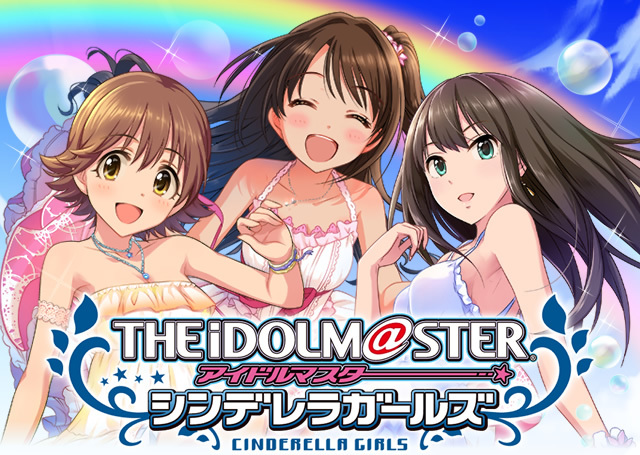 What Is THE IDOLM@STER: Cinderella Girls?

https://doujinrepublic.com/product/tag_page.html?tags=20212
It’s a growing SLG for idols, officially stylized as “THE IDOLM@STER.”
More characters appear in this content, compared to “THE IDOLM@STER,” and all the super unique characters aim to become the top-level idols there.
An anime television series adaptation aired, along with various other media development such as a radio or a live concert. Since it first released in November 2011, it’s been popular, and now celebrating its 10th Anniversary in November 2021.

So today! I’d like to introduce such lovely idols from THE IDOLM@STER: Cinderella Girls to you guys, now welcoming its 10th Anniversary!!

All the characters appearing in the game are classified as three groups: Cool, Cute and Passion. Today, I’ll be featuring EIGHT characters from Cute, who are especially popular in Doujin Republic!

Well, who do you think are the most eight popular characters in Cute in Doujin Republic……? Make a guess and check! 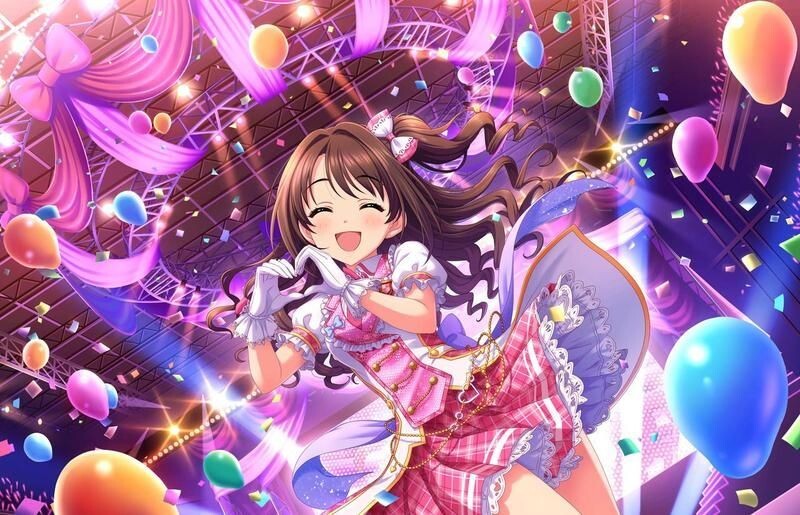 https://doujinrepublic.com/product/tag_page.html?tags=17626
She is one of the representative characters in Cute.
She is a 17-year-old high school girl, working so hard every day so she can become an idol in the future. Although she really doesn’t have great points from her background or skills, she is the most passionate girl among all when it comes to achieving a dream to become an idol. She always gets over difficulties with her never-give-up mind.
She is one of the main protagonists in anime. While she aims to become an idol, she also thinks about “the future after she becomes an idol” with her Producer. 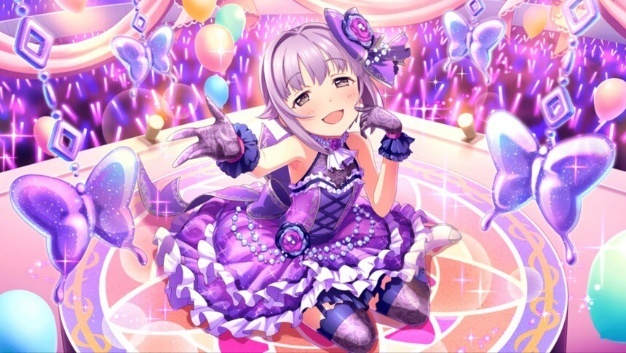 https://doujinrepublic.com/product/tag_page.html?tags=26476
She is a 14-year-old junior high school girl with astounding confidence, priding herself in being the cutest in the world.
“It’s been decided, I’m the cutest. You knew that right, Producer-san?”
As you can see from the line above, she is a little arrogant. However, this also means that “she wants to be admitted or praised.” Therefore, she works really hard on studying or in the variety shows. While she pushes herself too much like this, she is just a normal 14-year-girl. This gap is making her popular too. 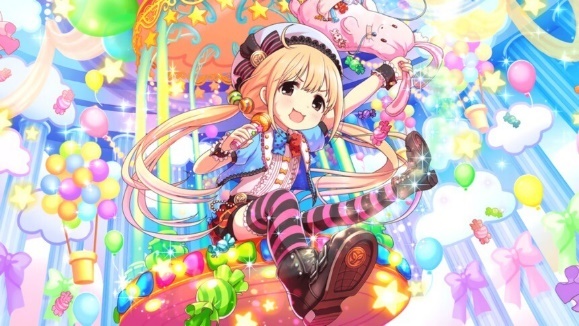 https://doujinrepublic.com/product/tag_page.html?tags=17621
She was scouted and became an idol by the words “She will be able to live the rest of her days off royalties.”
She is basically lazy, not wanting to work, which annoys her Producer. However, she is suited for an idol from her verbal catchphrase “I’ll have it done on the first go because I wanna go home!” or she does have high potential as an idol, while she has no motivation. Since most girls are such hard workers, a lazy-type chara like Anzu really stands out. 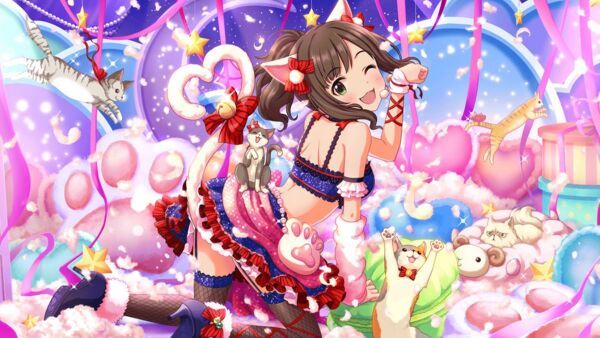 https://doujinrepublic.com/product/tag_page.html?tags=17618
She really loves cats.
In the game, she plays a role as a boss character, who challenges as an idol right after the tutorial. She is popular and well-known. Most of the costumes implemented on her or the songs played in the game are related with cats too. She even gives other idol girls a cat ears headband as a gift. 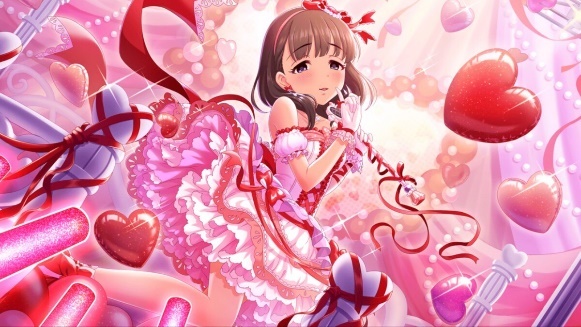 https://doujinrepublic.com/product/tag_page.html?tags=26737
She is a cutesy ex-lolita model who quit her previous job on a whim and entered the new Producer’s office because she thought to be a “fated encounter with the Producer.” She is, what we call, a “Yandere” chara (those who love someone crazily), however, she never hurts anybody because she gets jealousy. She just loves her Producer too much. She is usually polite and her potential as an idol is genuine. 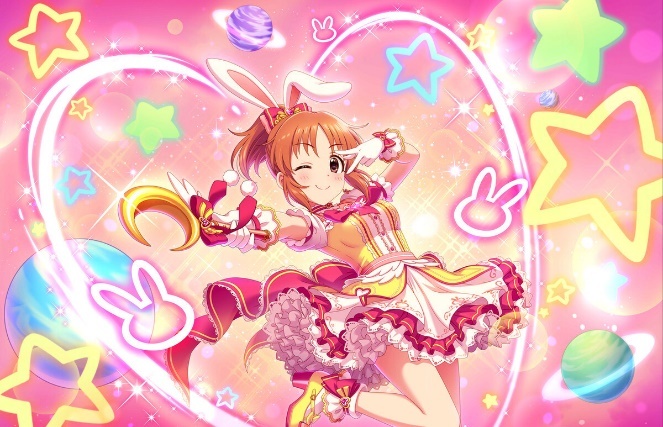 https://doujinrepublic.com/product/tag_page.html?tags=27172
She claims to be a forever 17-year-old girl.
According to her, she is an alien, originating from Planet Usamin to aim for becoming an idol.
She is a part-timer maid in a maid café, which is about an hour by train from Planet Usamin while working as an idol. Although she thinks she is 17-year-old, what she says and acts often seem to be what those who are 20-year-old women would say and do……? Compared to other girls, her physical strength seems a little weaker, how she performs is outstanding. She often wears costumes or uses music, which are related with rabbits. She even wears rabbit ears headband too. 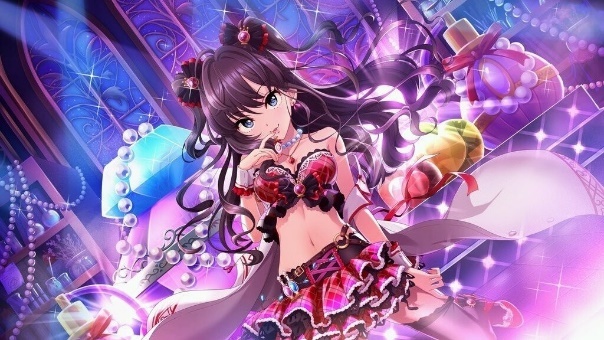 https://doujinrepublic.com/product/tag_page.html?tags=186540
She is a genius who has done grade skipping at school overseas and now an 18-year-old high school girl.
Her knowledge and ideas about Chemistry is outstanding and she came back from overseas because she just felt bored. Then she was scouted by Producer and decided to jump into the idol world to discover something new to her.
Her hobby is to create various chemicals, especially she loves to create perfumes. She usually does things at her own pace so she sometimes cannot handle it when she has to wait for a long time or do something boring to her. Like this, she is still a little immature as an idol. 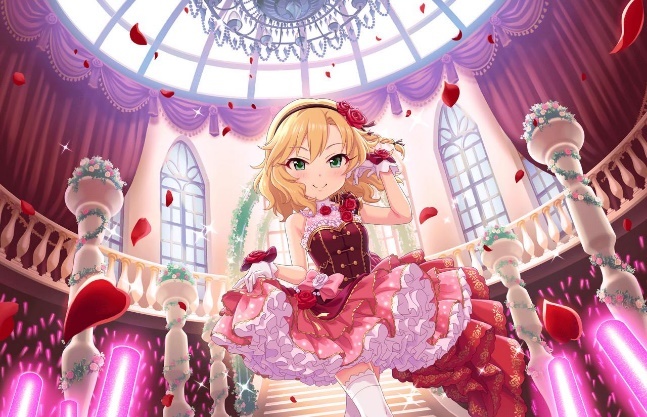 https://doujinrepublic.com/product/tag_page.html?tags=17630
Although she is still a 12-year-old girl, she behaves elegantly with princess-like demeanor. Everything she does and says is lady-like and she completes activities as an idol elegantly as well.
While she has absolute confidence on her work, she shows a little immature attitude, asking her Producer if she is doing okay, just like an average 12-year-old girl.

How did you like them? Personally, I love Shimamura Uzuki-Chan, whom I’ve been raising since I started to play this game! I saw her working so hard to become an idol in anime too, which was so lovely, so for those who are not familiar with Cinderella Girls or Uzuki-Chan, please check out the anime version first!