※This article does not contain any spoilers that gets to the bottom of the story of 1st Season and Movie. So, don’t worry and enjoy reading it.

Hi, everyone! More and more summer anime series have started to air, and I’ve been so busy watching them all~!! It’s Nozaki from Doujin Republic!!

I know checking summer anime series is important but…… the one I’ll be featuring today is a MUST-CHECK one! 2nd Season is now scheduled to produce and air! The movie has also been released!! Here we go!

【Congrats! 2nd Season Coming Out!】
Let’s Review 1st Season and Movie of Youjo Senki (Saga of Tanya the Evil) Together!! 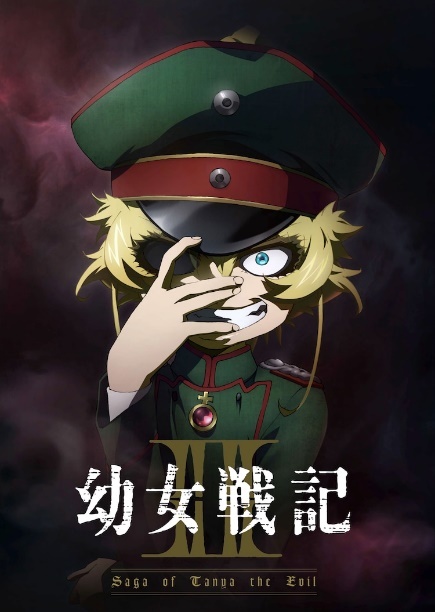 What Is Youjo Senki (幼女戦記 / Saga of Tanya the Evil)? 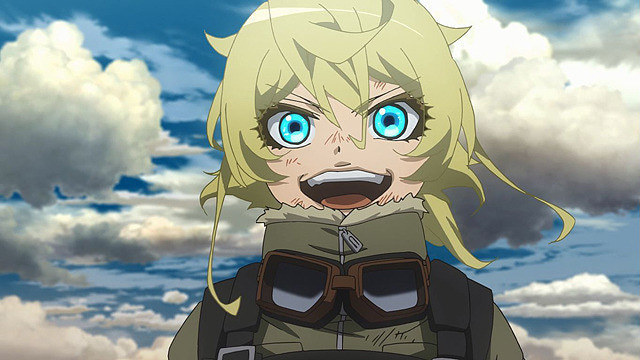 Youjo Senki (Saga of Tanya the Evil) is a Japanese light novel series written by Carlo Zen-Sensei, who is both a light novel author and a scenario writer.
It began serialization online since 2011 and a novel adaptation began serialization since 2013. It has collected into 12 volumes and 1st Season of the TV anime series premiered in 2017 and the movie version released in 2019.
Over 6.5 million copied have issued and so many fans and Otaku have been wondering “why 2nd Season of the anime hasn’t come out yet (although, it’s super interesting).”

Due to Youjo Senki’s unique worldview and all the characters’ overwhelming uniqueness, it’s got viral, huh? You might be familiar with Youjo Senki, even if you haven’t read it yet…… I guess!

Outline of Youjo Senki (幼女戦記 / Saga of Tanya the Evil)!

In the previous life, the main protagonist, Tanya, was a Japanese salaryman in the modern world……!

The story is set in the modern world. There is a capable salaryman in a town of Japan.
He has completed significant achievement at his company, always trying hard without caring about the effect on others. 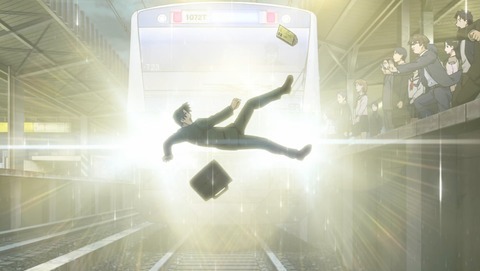 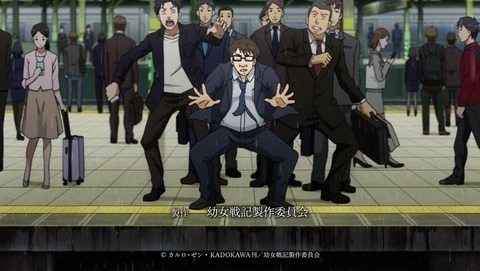 Because of such a personality, he is murdered, being resented.
Right before he dies, the salaryman talks to “someone (the entity).” The entity insists that the salaryman being irrational and lacking faith has caused his death.
However, the salaryman refutes to him, saying that the reason why he doesn’t have faith in him is because this world is full of science and he is already the winner of life, therefore, he doesn’t have to rely on “God.”
The entity goes on.
Then you will have your faith back if you are reincarnated to another world, where no science exists and so many difficulties come along that you can’t help but rely on God, huh?

The world he is reincarnated to is another world with both magic and science, where they experience the world war “for the first time.” 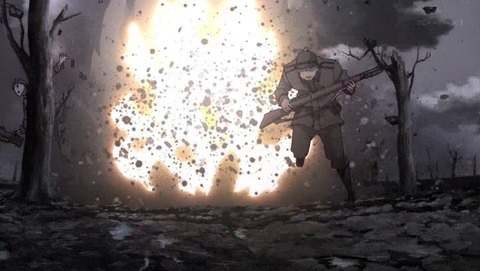 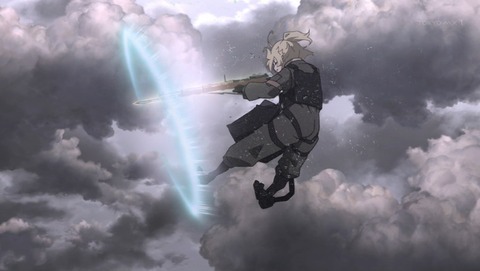 In that world, both science and “magic” (those with superpower) co-exist.
The great nations scatter around the world and the world war is about to start. 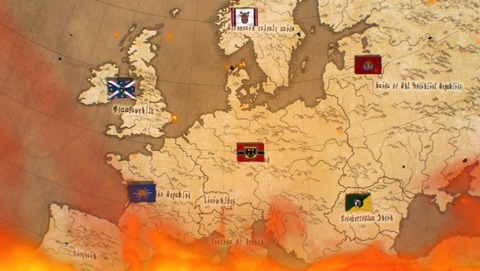 In such a world, one girl is born.
Although she is born in the orphanage, she has innated high magical power. 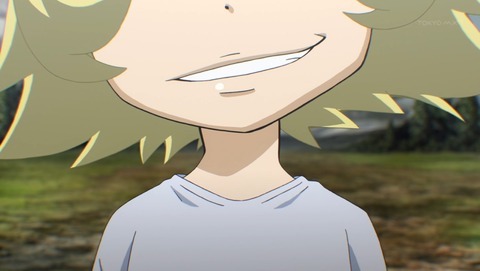 She has such terrifying combat, judgement and command abilities, while being incredibly immature. She willingly joins the military academy and becomes the military officer when she is nine years old. 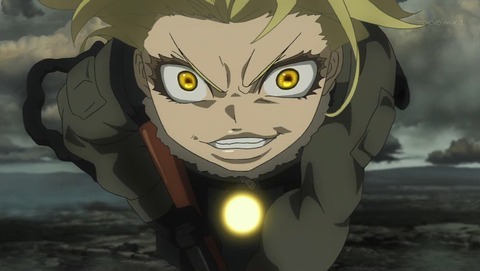 Her name is Tanya Degurechaff.
She is the one who the salaryman is reborn as. She has handed over all the memories that the salaryman held in the previous life. She is now playing a big role after joining the military, supporting soldiers as a talented commander. 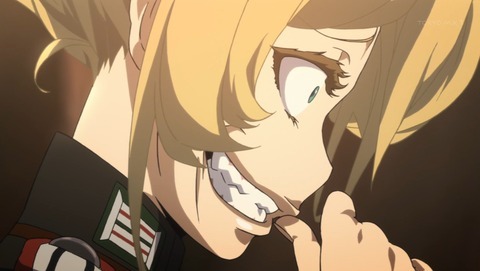 Tanya having high magical aptitude and good judgment immediately becomes a hot subject among the military members. While Tanya wants to have a safe and peaceful life as an officer…… her incredible combat ability is highly evaluated, ending up being sent to the front line of the war……!

Although Tanya is trying to bring up and implement the safest and most rational strategies, they seem too daring and dangerous for other people around her…… However, if the troop actually makes it with her strategies, they get a huge comeback! Like this, her evaluation becomes higher and higher and she is repeatedly being sent to the war so she can make use of her high magical aptitude! 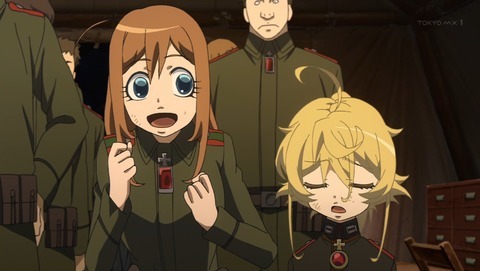 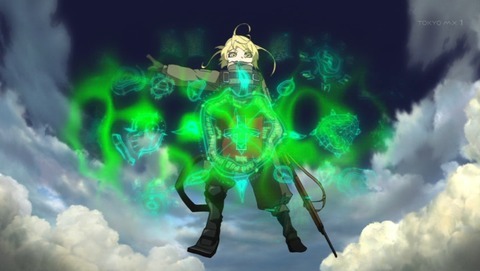 This series went viral because of the gap of how this girl (little girl) looks and how she really is! The way she fights for the country (maybe for her future) with cruel and rational strategies and an incredible quick-wittedness, is super cool~!! We sometimes even laugh at how fast she gets promoted, being trusted by people while she is actually a rational and conservative person……! We see some battle scenes too and I just can’t help but scream ‘Oh, you’re such a bad ass~!’ in those scenes~!!

Before watching 2nd Season…… should we watch the movie version? 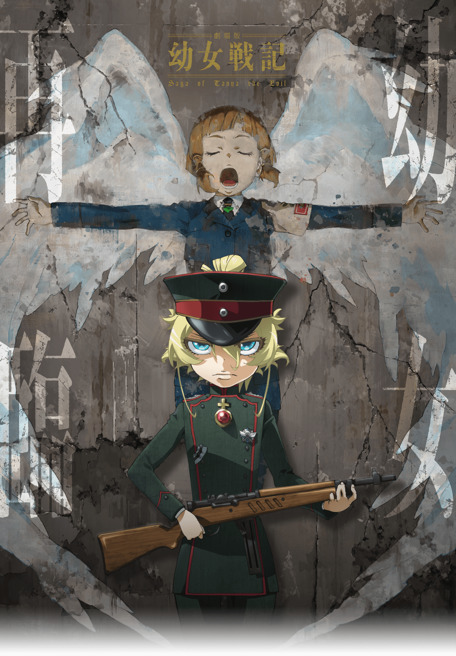 Currently, we have no idea what the 2nd Season will specifically focus on! (Sorry!)

I’m guessing that the next anime series will air around 2022……? So, let’s get ready for 2nd Season by watching 1st Season and a movie version! I’m sure it’s gonna be such an awesome and cool series and go viral again! Don’t miss out!

All right now! This is all for today! I’ll see you all at the next article!
Bye~!
Youjo Senki (Saga of Tanya the Evil)