Actually, I really……really…… want to watch one of the theatrical anime, starting to air in July!! It’s quite a famous series and also the very first theatrical version for this series…… but have you heard of it before~!?

【NOW ON AIR!】
Completed with Supports by Fans around the World!
A Theatrical Anime, Kud Wafter, Premiered on July!! 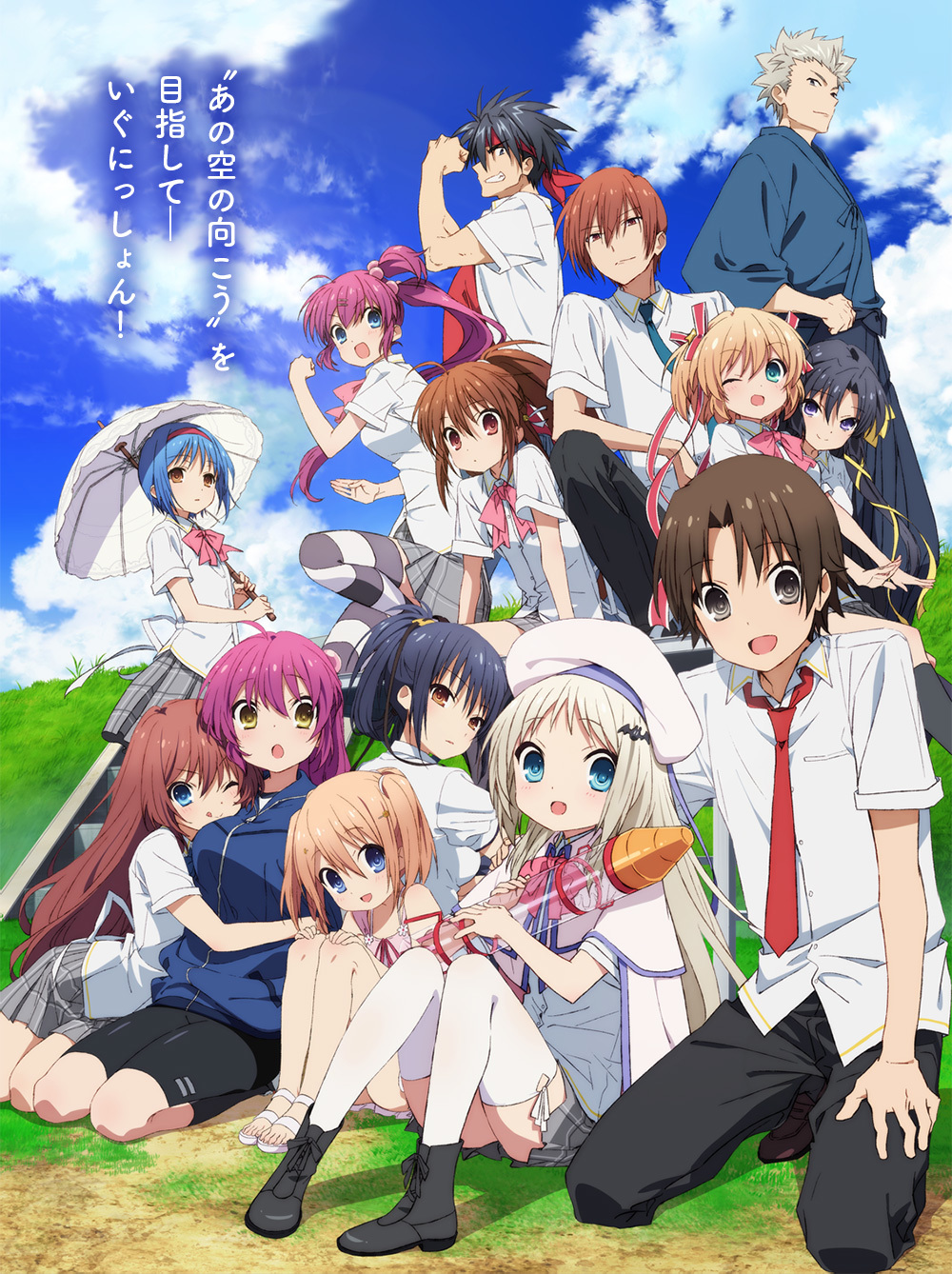 YES! Kud Wafter (whose game got a huge hit a bit before)’s theatrical version is releasing!! So! In today’s article, I’ll be featuring Kud Walter so even those who haven’t heard of it can easily understand what kind of story it is!!

What Is Kud Wafter? 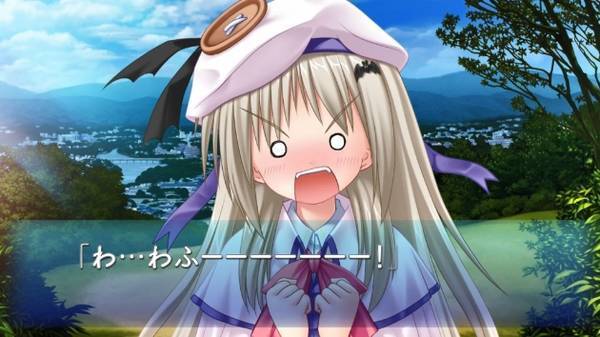 Kud Wafter is a Japanese romance adventure game, Little Busters!’s spin-off series.
Little Busters! is a romance adventure game, which went viral in 2000s and Kud Wafter is a series, where “Noumi Kudryavka” appears as the main protagonist.
Although Little Busters! has been made into an anime series before, it’s going to be the very first time for Kud Wafter to be made into an anime and a theatrical series. The production costs were solicited through crowdfunding and so many fans donated for this production. The costs gathered by fans were enough to make not only for the new anime series but also for the theatrical version.

I have played and watched Little Busters! and Kud Wafter so I’m so curious about this theatrical version! 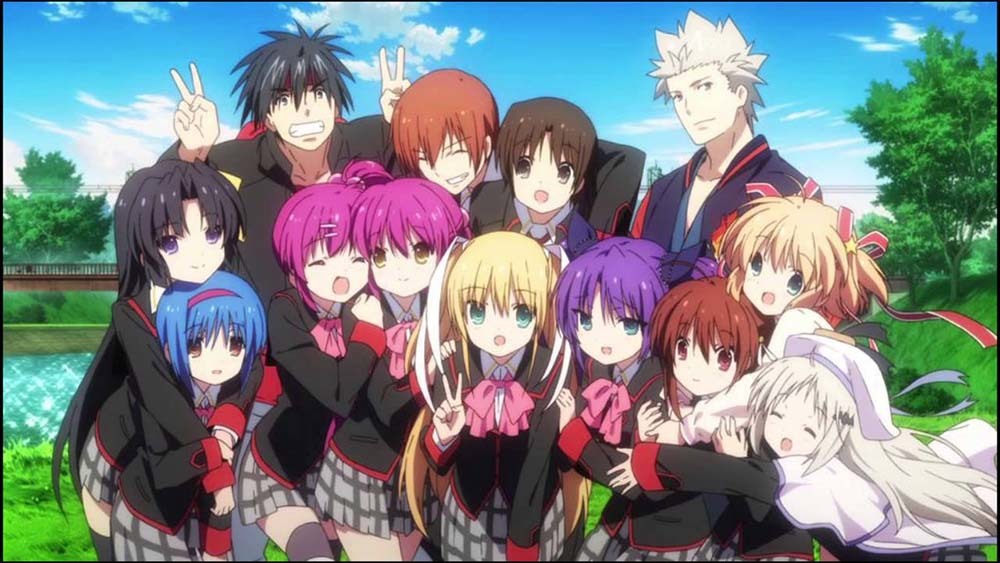 https://doujinrepublic.com/product/tag_page.html?tags=645
The main protagonist, Naoe Riki, attends a boarding school with his childhood friends.
They formed the Hero, called “Little Busters!” and would play it in their childhood. Riki, who has lost his parents when he is little, loves to spend time as a member of “Little Busters!,” going to various places for the activities.
“I never want to lose this precious time with them.”
Hoping so, Riki now becomes the 2nd year high school student.
One day, the leader of Little Busters!, Natsume Kyousuke, a third-year student, comes back after doing a job hunting. And he has all the childhood members, including Riki, gather and asks them to do “something that they used to do in their childhood together.”
“Let’s form a baseball team. ……The name of the team is Little Busters!”

Little Busters! is a romance adventure game, where the main protagonist, Riki, and his childhood friends (the members of Little Busters!) interact together!! The theme is “friendship” and this series has become one of the ‘masterpieces’ with the attractive characters and worldview, and such a moving storyline……!

Should we watch an anime series, Little Busters! before watching the theatrical version, Kud Wafter?

Let me get straight to the point! You should watch Little Busters! if possible!

And in my opinion, as for Little Busters!, I would recommend playing the game, rather than watching an anime series!!

What’s more? When you play Little Busters!, it’s available with a PC version and also with Nintendo Switch version! While we can learn a storyline by watching anime, we feel so moved by controlling and selecting characters in the game! We really feel attached to the wonderful story by playing the game, so if you have time, please give it a try to the game!! 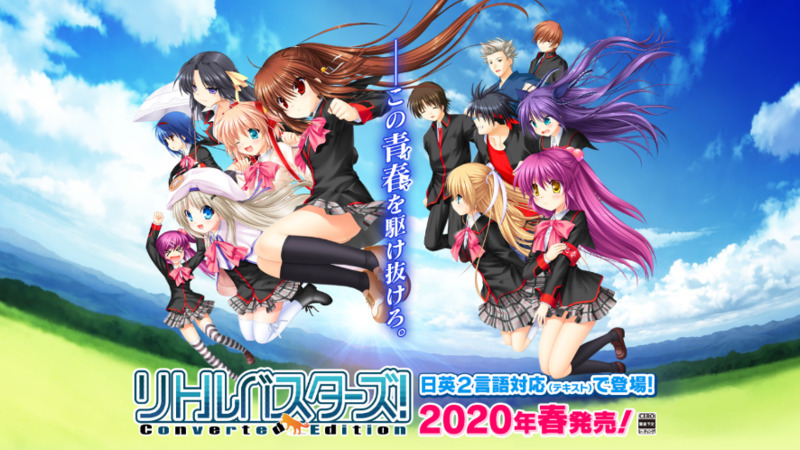 But again, since it’s known as a very famous masterpiece, I want you to enjoy both its game and anime, and the theatrical Kud Wafter! If you want to feel moved and are looking for any interesting series, this is it! Enjoy Little Busters! and Kud Wafter this summer!!

All right! This is all for today! I’ll see you guys at the next article!!
Little Busters!, Kud Wafter