Hi, everyone!! It’s Nozaki from Doujin Republic!!
Here’s a question for you but...... do you know anything about those chara, appearing in THAT series, now going viral in Japan~? Well, today, I’ll feature those chara who are particularly popular in Doujin Republic!!

【Uma Musume】
What Is the Chara We Often See Like?
Featuring the HOTTEST Uma Musume in Doujin Republic! Part 1!! 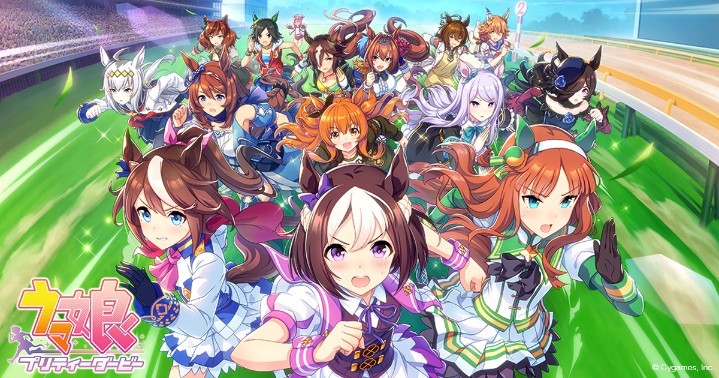 What Is Uma Musume: Pretty Derby? 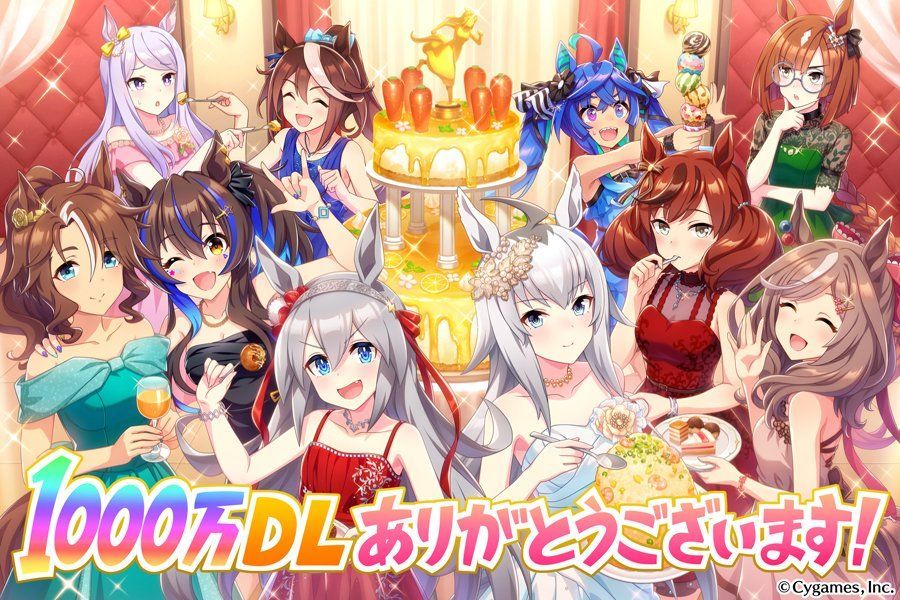 Uma Musume: Pretty Derby is a multimedia franchise, where actual race horses represent the personification. Girls called “Uma Musume” living in another world, take over the actual race horses’ soul who played an important role in a real life, and compete against each other. All the Uma Musume grow up and aim for becoming No.1, encouraging with each other. It has mixed elements: youth, sports, and school.
It’s a multimedia franchise, broadly developed through anime, games and manga. As for a mobile growing SLG game, it’s very popular with a record of over 10 million downloads.

We’ve featured Uma Musume in another article so check it out too for more details! In the game version, you will see something which you can’t see in the anime version too~!!
【Uma Musume】Both Anime and Game Are Now HOT in Japan! You Will Know the Attractions and Outline of Uma Musume! 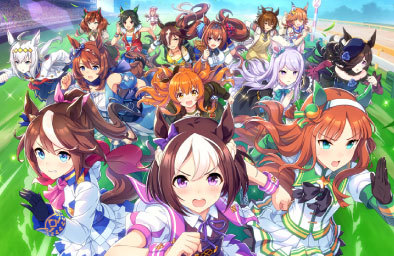 Already! Then let’s take a look at all the Uma Musume, who are now very popular in Doujin Republic! Today, I will especially focus on Uma Musume, who played an active role in Season 1 of anime~!! 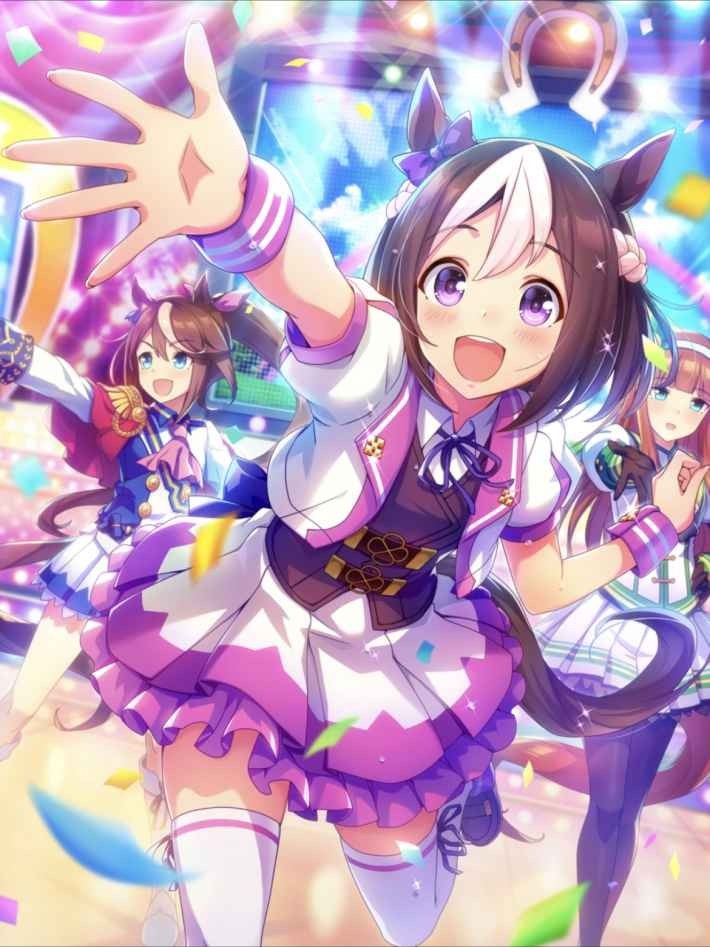 https://doujinrepublic.com/product/tag_page.html?tags=336980
She plays a main protagonist in Season 1 of anime.
She was born in Hokkaido and her mother passed away right after she was born. She was raised by her mother’s best friend. She entered Tracen Academy to make her dream, where “she will become the best Uma Musume in Japan” come true.
She is very cheerful and has a pure heart, and is a big eater. Since she was born and raised in a country side, she sometimes struggles with a school life there, however, she will compete against other powerful rivals Uma Musume, making use of the surprising power she has especially at the last spurt of the race. 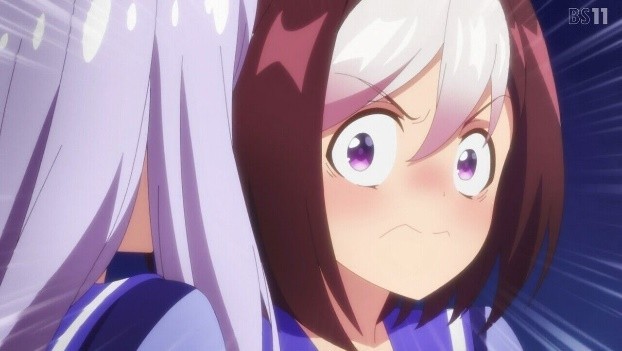 FYI, one of her impressive lines, “Agemasen!” is not the one she actually said. (It was said in Tokai Teio’s delusion) 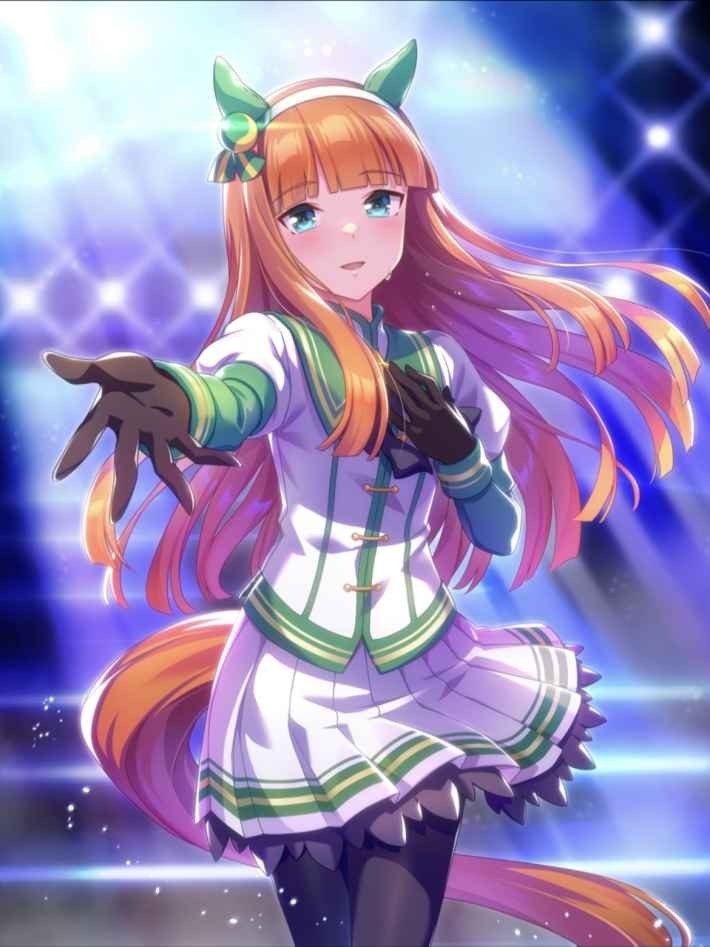 https://doujinrepublic.com/product/tag_page.html?tags=336979
She is very quiet and keeps her own pace.
She has atmosphere of being cool and mysterious and has become an ideal figure for Special Week, who just entered the Academy.
She has such incredible strategy and tactic when it comes to races, where she keeps front-running until the goal with a high speed. Because of that, she is drawn a lot of attentions from all the students at Academy, however, she was only interested in running. Then she gradually started to feel comfortable being with them once she started to communicate with Special Week, who became her roommate.
She always keeps front-running and her physical strength is overwhelmingly beyond other Uma Musume, which attracts so many people. Her dream is “to become an Uma Musume, who can share her dream with those who cheer her up.” 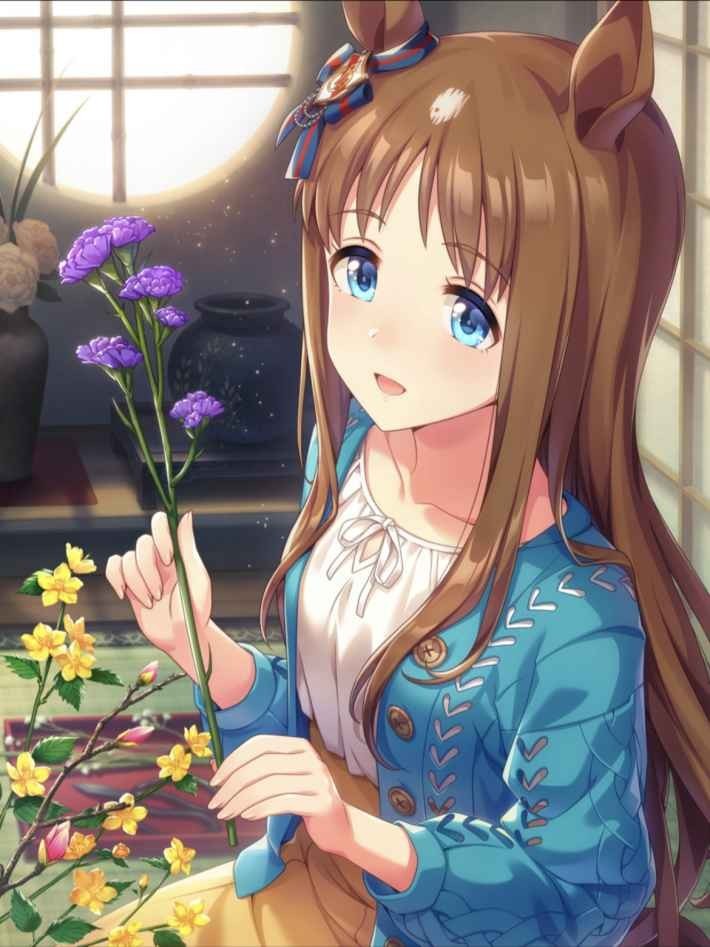 https://doujinrepublic.com/product/tag_page.html?tags=354466
She has grown up in the USA.
She loves Japanese tea and sweets. She tries to be a Japanese ideal woman with beauty, modesty and a gentle disposition, who cares about others. She is usually kind and polite, however, she becomes competitive, showing her fighting spirit when it comes to races.
In anime, she appears as a powerful rival of Special Week.
The battle between Grass Wonder and Special Week is one of the best scenes among all the anime episodes, which has lead Special Week to grow more both mentally and physically. Since Grass Wonder looked super powerful in that scene, fans considered her as a little “Yandere” girl (obsessive lover). She becomes intimidated when she gets angry. She usually gets mad quietly with smiles on her face.

https://doujinrepublic.com/product/tag_page.html?tags=343563
She has grown up in the USA, just like Grass Wonder.
She usually talks broken Japanese, mixed with Spanish. She loves pro wrestling, being influenced by her father.
She is easy-going but has a good intuition when it comes to races. She also aims to “become the No.1 Uma Musume in the world” and will compete against Special Week in anime and against Silence Suzuka in games multiple times respectively as her good rival.
While she wears a mask, she becomes cheerful like the sun and wild, she becomes a little weak after she takes it off. For El Condor Pasa, the mask is an important item, where she can become “the strongest El Condor Pasa,” hiding her weak self. 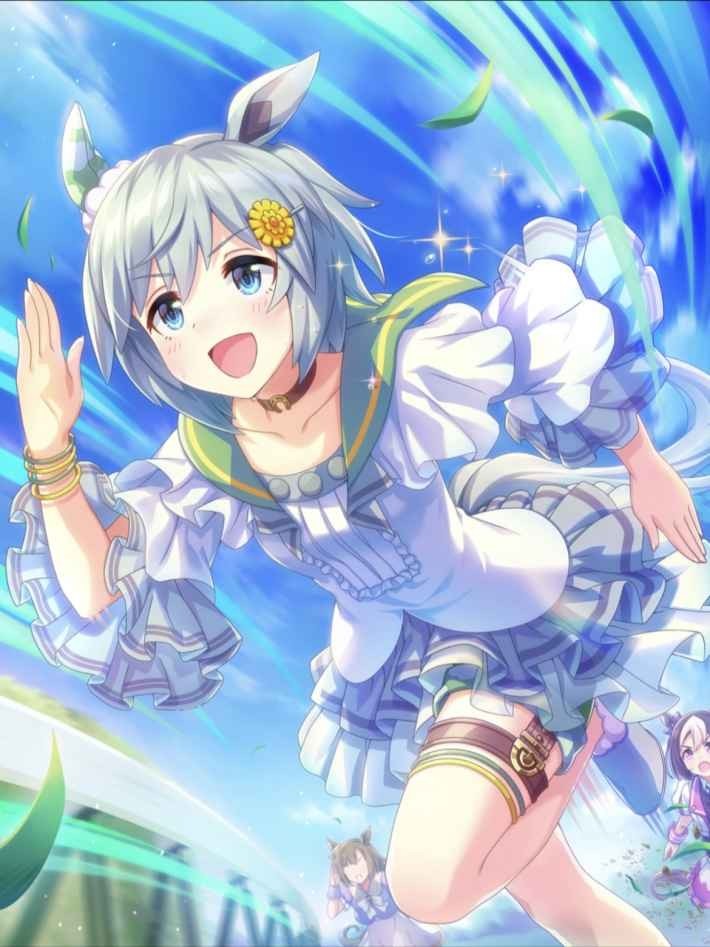 https://doujinrepublic.com/product/tag_page.html?tags=355788
Literally, she is a freewheeling girl, just like the clouds in the sky.
She keeps her own pace and doesn’t like to do something hassle. However, she always wants to win the race. She is always calculating like that. Basically, she is good at running away from others, keeping front-running; however, she is so smart that she changes her strategy with flexibility.
In games, the scene, where she struggles, is depicted more precisely, compared to anime. She is neither a child of Uma Musume’s parents who are famous and powerful, nor has powerful walking ability and overwhelming stamina. However, she still wanted to win the race, and the strategy she ended up having was to “fight with wisdom.”
She has no ability and power which she can proud of. However, she still wants to win. Yes, she is so “demanding.” She will challenge to Uma Musume who have a high ability, to prove that she can win the race even without the ability. 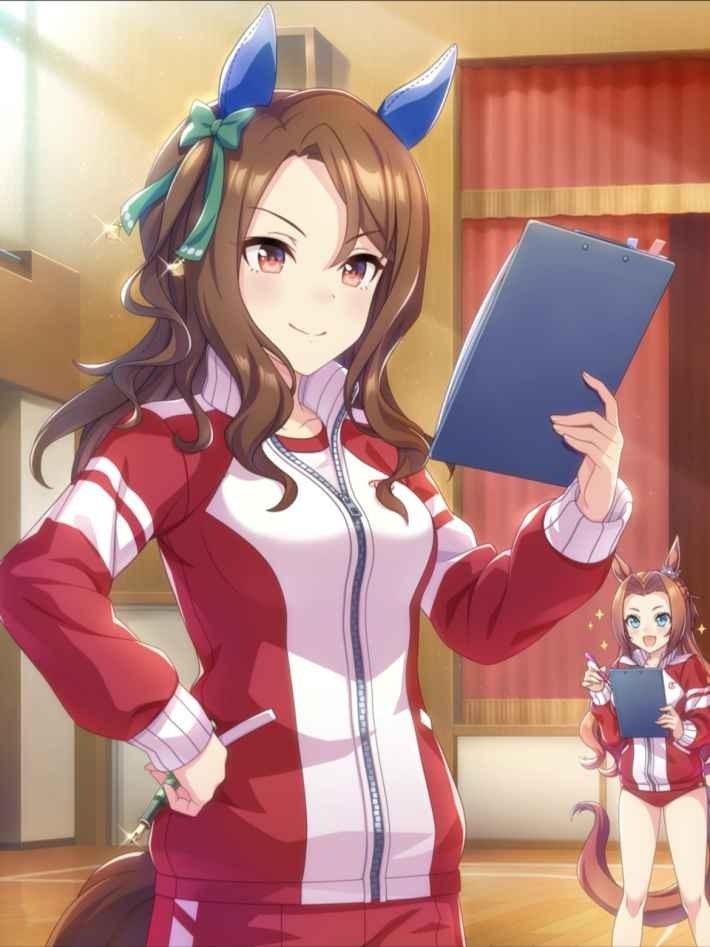 https://doujinrepublic.com/product/tag_page.html?tags=422409
She was born in the house, where her parents have fame and power.
She is very proud of herself, still aiming to be admitted as a “first-class” Uma Musume by people throughout the world and above all, by her mother.
While she looks up to her mother, who is a worldly famous Uma Musume, she also feels jealous of her. Although she never fails to make continuous efforts and do trainings to become the first-class Uma Musume with never-giving up and serious spirit, she usually cannot go beyond her powerful rivals such as Special Week and Seiun Sky.
She is usually arrogant; however she is actually kind, reaching out to those who are in need. That is why she is loved by other Uma Musume, however, she is not conscious about that.
In games, she aims to become the first-class “King Holo,” which is thought to be an ideal figure among others. However, she struggles with despair, being competitive against all of her rivals. She never fails to find the answer to the question “What is a real first-class Uma Musuma is like?” and keeps growing herself in King Halo’s scenario. This scenario is highly rated also in the one of the game.

By the way, I haven’t shown you my favorite Uma Musume yet! I will share her with you after the next article, so please look forward to it too!