※Please note that this article does not contain excessive spoilers. This is a commentary article of Yuuki Yuuna wa Yuusha de Aru especially for the beginners.

Hi, everyone! Here comes December coming up! ...... All the Fall 2021 Anime are now reaching out their climax now, huh? I’ve been thrilled every week! It’s Nozaki from Doujin Republic!!

So! Today, ‘for those who haven’t watched it, watch it now!’ I’ll be featuring this series, now its 3rd season being on air! 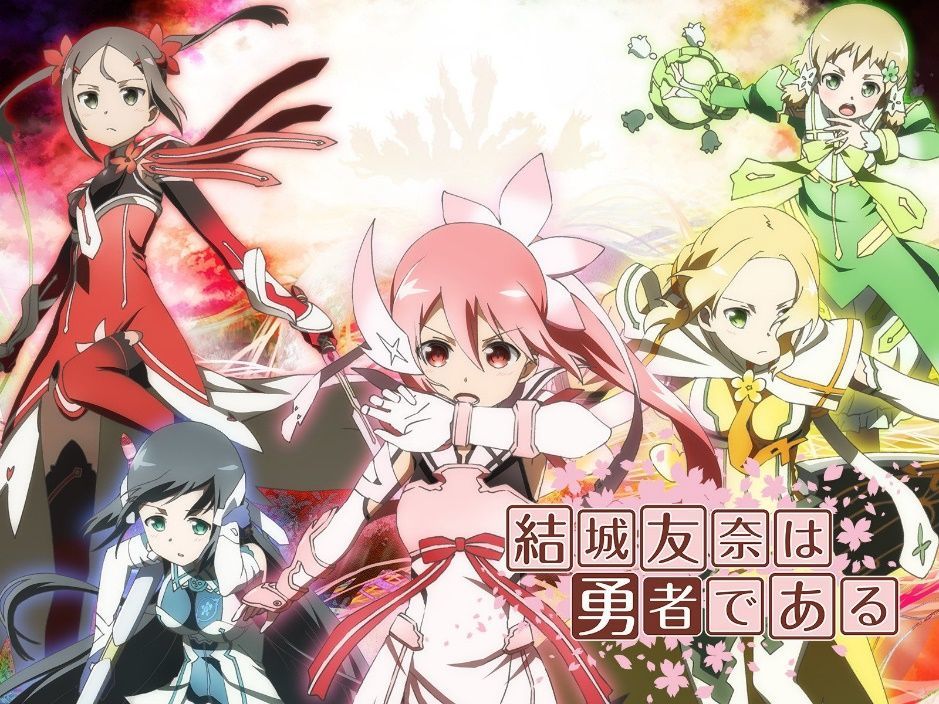 Are you familiar with the series called Yuuki Yuuna wa Yuusha de Aru? If you are...... or if you haven’t watched this anime yet...... I’ll feature this series in five minutes!!

Yuuki Yuuna wa Yuusha de Aru / Yuki Yuna Is a Hero is a Japanese anime television series released in 2014. It’s created by a game creator, Takahiro-Sensei, who has also created a love adventure game, Tsuyokiss.
2nd season of an anime series premiered in 2017 and 3rd season premiered in 2021.

Since it’s the original anime, there’s no way we can prepare for it with advanced knowledge from manga or a novel. So, all the viewers got thrilled at each episode on air every week and got viral on social media so I bet many of you ‘might be familiar with this title, at least’!

This is a story by the girls from the “Yuusha (=Hero) Club” as the main protagonists, who go to a particular school. 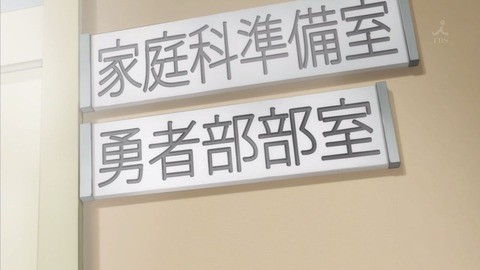 The main protagonists of this story are the girls who go to Sanshu Middle School Hero Club. They volunteer doing ‘something useful for people,’ especially looking for missing pets or joining the recreation at the kindergarten. 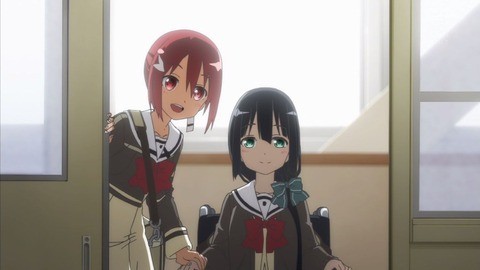 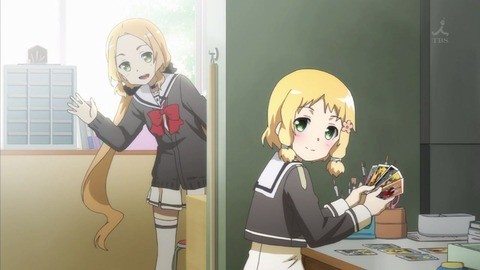 It’s a little special setting for the years but they find themselves in the ‘300th year of the Era of the Gods’ in Yuuki Yuuna wa Yuusha de Aru’s world. By the way, Yuuki and Yuuna-Chan who are in the title belong to this Hero Club too. 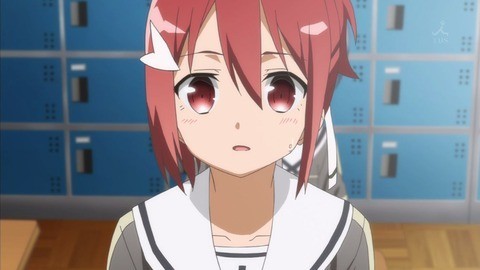 One day, life ends all of a sudden.
The battle between the enemy of humans, Vertex, and the Hero Club, which saves the Divine Tree, begins. 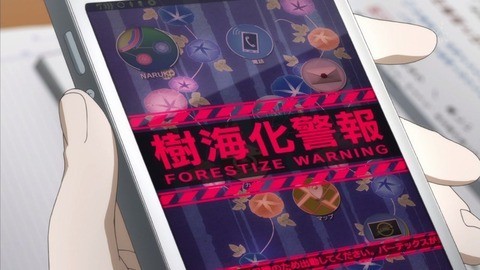 Yuuna-Chan and other members are having a peaceful life at school. But one day...... the world ends all of a sudden and everything seems to be swallowed by the brilliant-colored ocean of the trees. The only people who are able to sense such an extreme situation and move freely were the members of the Hero Club......! 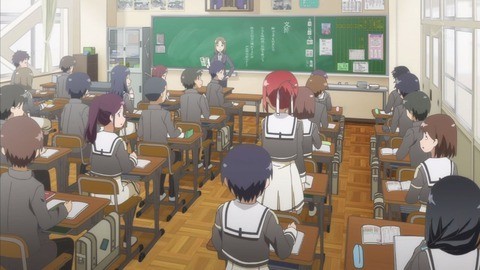 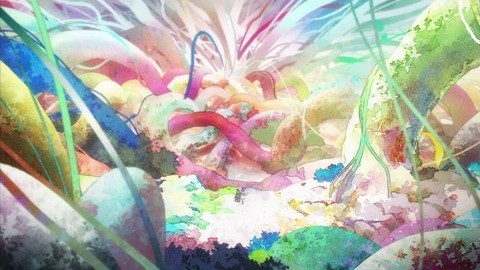 The leader of the club, Inubouzaki Fu-Chan, explains to other members: We were ‘chosen’ and have to fight against the Vetex, which is trying to ruin the Divine Tree, which protects this world. 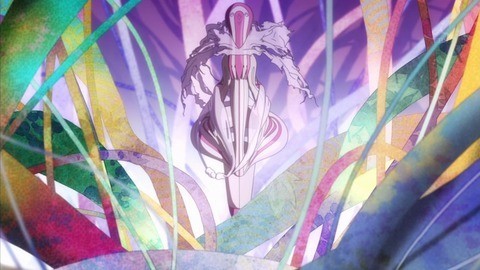 The members of the Hero Club transform and fight.
And Yuuna also makes a decision to fight to become the “Hero.” 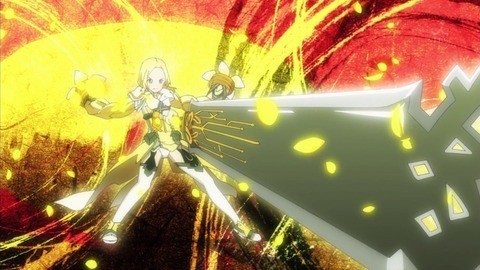 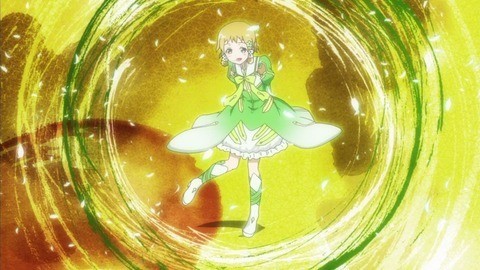 Fu-Chan reveals that the Hero Club was created so they can gather girls who fight against the Vertex. She apologizes to other members for having hidden the fact and she takes the lead to get rid of the Vertex! And Yuuna-Chan, as well, transforms into the ‘Hero’ and fights, not wanting to see her friends being hurt, rather than wanting to save the world!! 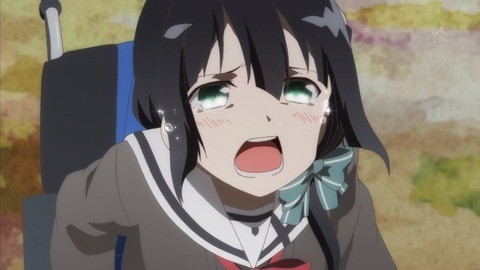 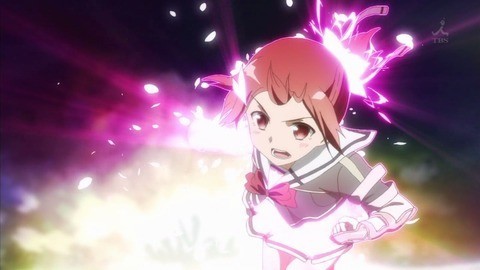 This is all that is depicted in Episode 1 of 1st Season of anime! To save the world, they transform into magical girl (-like) costumes. With the main member being in pink, some people even said they were like the chara from Puella Magi Madoka Magica but...... as the story went on, we saw something totally different from Madoka Magica in that the story is about these kind girls who try to save the world. 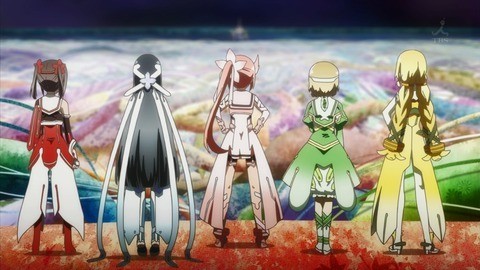 All right now! This is all for today! I’ll see you guys at the next article!!
Bye~!
Yuuki Yuuna wa Yuusha de Aru, Yuuki Yuuna