Hi, everyone~!!!! Guess what? One of the Uma Musume’s events, where my favorite chara, Nice Nature, plays an active role, is now underway! I’m playing it like crazy! It’s Nozaki from Doujin Republic~!!! 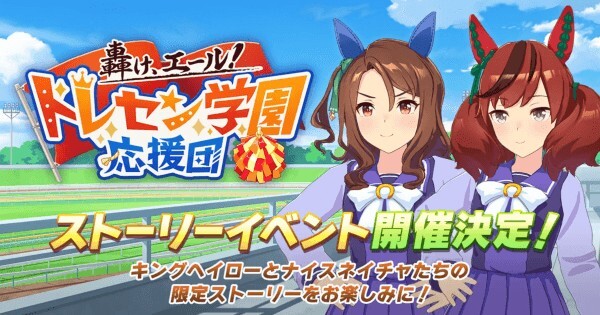 Since Uma Musume has celebrated its 1st Anniversary, various events with new characters have recently been taking place! The second chapter of manga, Cinderella Gray, where Oguri Cap acts as a main protagonist, is finally concluded too! Now, the 3rd Chapter is going to start with a new storyline and new characters......!

Yeah! Cinderella Gray has recently got awarded 2nd place in the big manga awards! It might be made into an anime series......!
So, today! Let’s look back some characters who played an active role in 2nd Season of anime! Which chara is your favorite? It’s been a year since it started to air, so now it’s time to review!

【Uma Musume】
Manga, Cinderella Gray! 2nd Chapter Is Concluded!
Check Out a NEW Event of Uma Musume while Looking Back on 2nd Season of Anime! 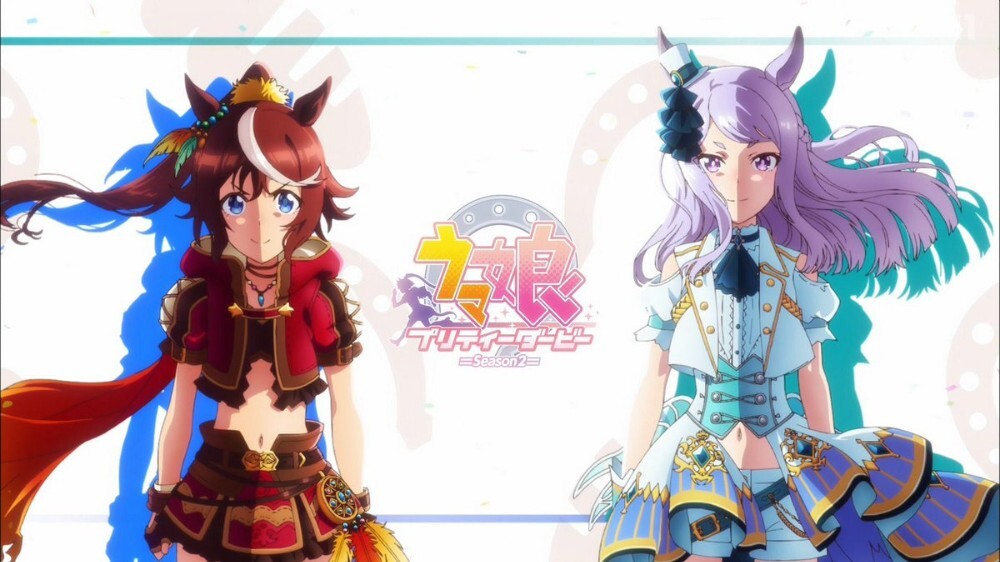 Before we look back on all the characters in 2nd Season of anime, Uma Musume: Pretty Derby, let’s go over one more thing! 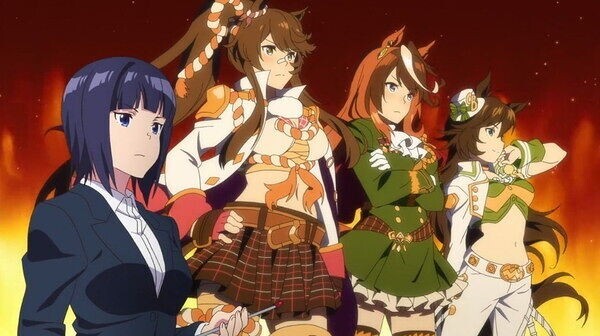 A woman on the left is a teacher who appeared in anime. Isn’t she cute?
It’s a series of horse races for three-year-old Thoroughbreds. Winning all three of these Thoroughbred horse races: Satsuki Sho in April, Tokyo Yushun / Japanese Derby in May and Kikuka Sho in October, is considered the greatest accomplishment in Thoroughbred racing (Triple Crown).
There are only eight horses that have accomplished these racing. In Uma Musume: Pretty Derby, three of them (from the left in the picture): Narita Brian, Symboli Rudolf and Mr CB have appeared.
Each horse can challenge this Triple Crown only once in life so no matter what the result would be, no horses can challenge again. Also, there are many horses which just accomplished two racing.

In 2nd Season of anime, Uma Musume, you see the episode based on this Triple Crown! Now you know what it is so you can enjoy reading this article even more! 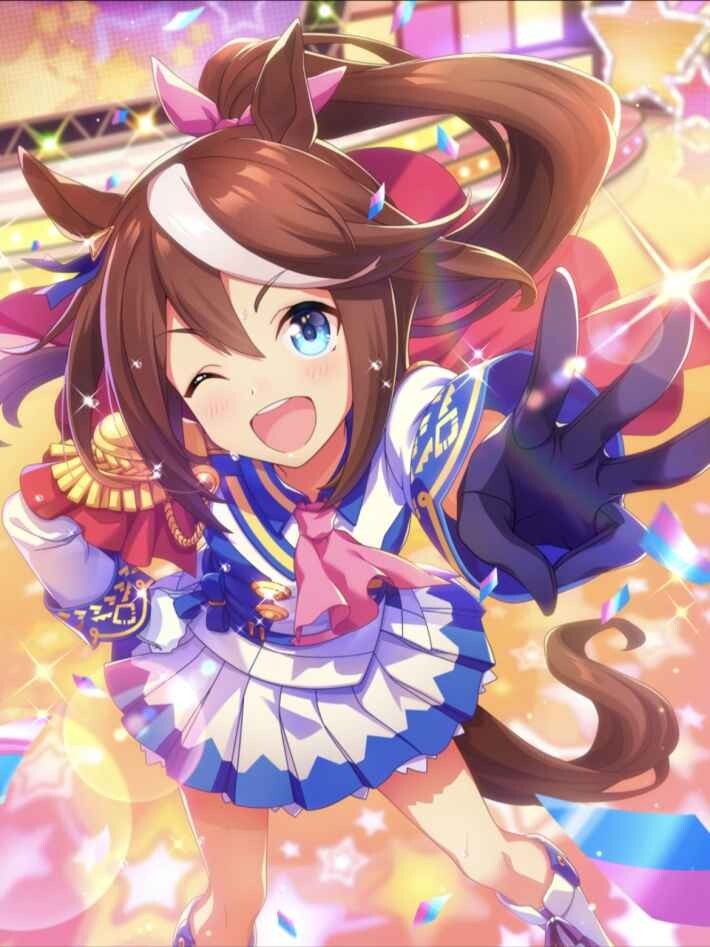 https://doujinrepublic.com/product/tag_page.html?tags=343562
She is cheerful, energetic and lively. She was one of the main protagonists in 2nd Season of anime, Uma Musume.
Since she saw Symboli Rudolf before she entered school, she challenges racing to accomplish Triple Crown. 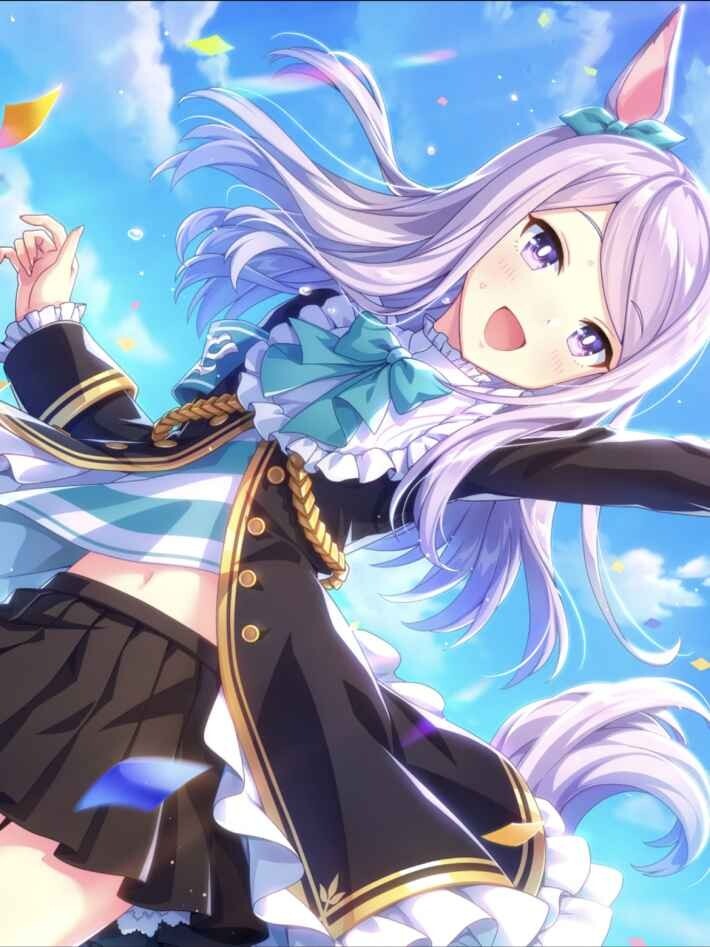 https://doujinrepublic.com/product/tag_page.html?tags=354463
She is the daughter of the Mejiro family – one of the most famous families in the equine girl world. She was one of the main protagonists in 2nd Season of anime, Uma Musume.
She is elegant and aims to win Tenno Sho that takes place twice (spring and autumn) a year, which has been a long-cherished wish for her family.
In anime, she belongs to the same team as Tokai Teio. They grow together, encouraging each other, although their aims are different. 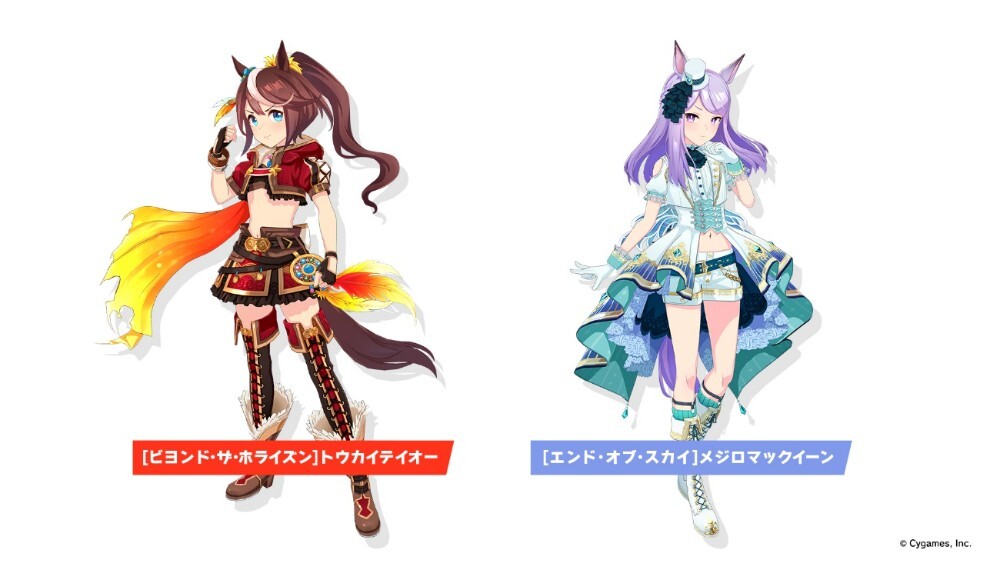 They wear special winning costumes at the latter half of racing. They are implemented in the game too. 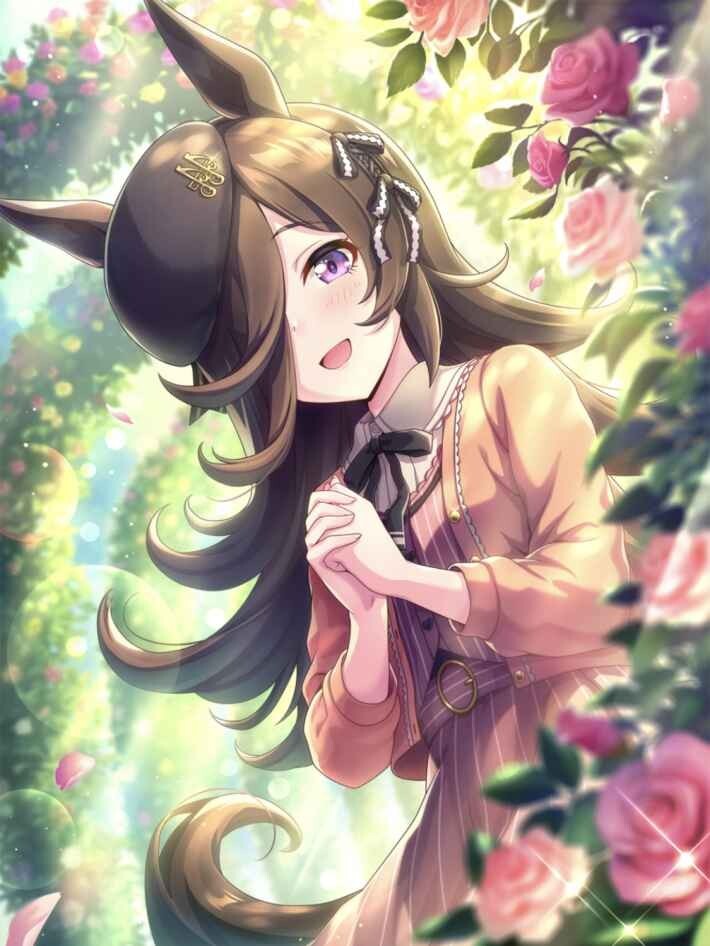 https://doujinrepublic.com/product/tag_page.html?tags=425116
She is very introvert and kind. She thinks she has no luck, which might bring to someone around her “unluck”.
She won the third race, Kikuka Sho, beating Mihono Bourbon, when she needed one more winning to accomplish Triple Crown. However, she wasn’t praised by anybody, instead, she was booed by Mihono Bourbon’s fans. Since then, she started to hesitate to race, thinking “Nobody becomes happy even if she wins.” 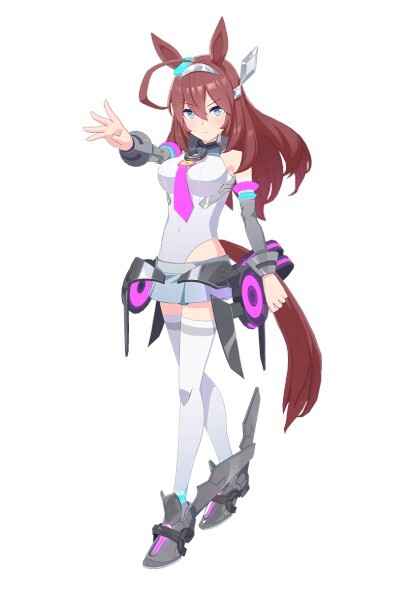 https://doujinrepublic.com/product/tag_page.html?tags=425123
A genius at hard work, stoically breaking down overwhelmingly large quantities of practice. She has a cool and mysterious aura with no facial expressions, like a cyborg.
She has won Satsuki Sho and Tokyo Yushun /Japanese Derby, however, she couldn’t win Kikuka Sho, ending up not having been able to accomplish Triple Crown.
While Mihono Bourbon feels disappointed at the results, she looks up to Rice Shower who has beat her. 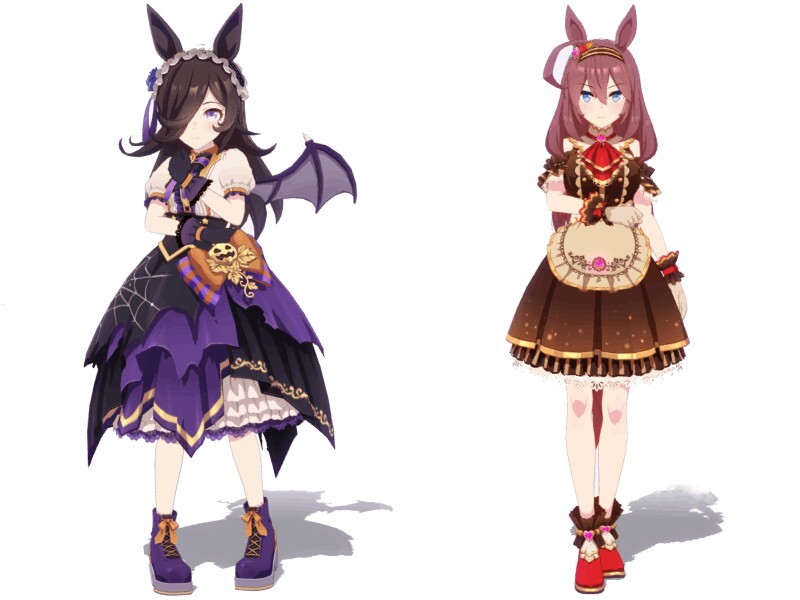 They are particularly popular in the game. Rice Shower was implemented as a Halloween costume while Mihono Bourbon as a Valentine’s Day. Cute. Cute...... 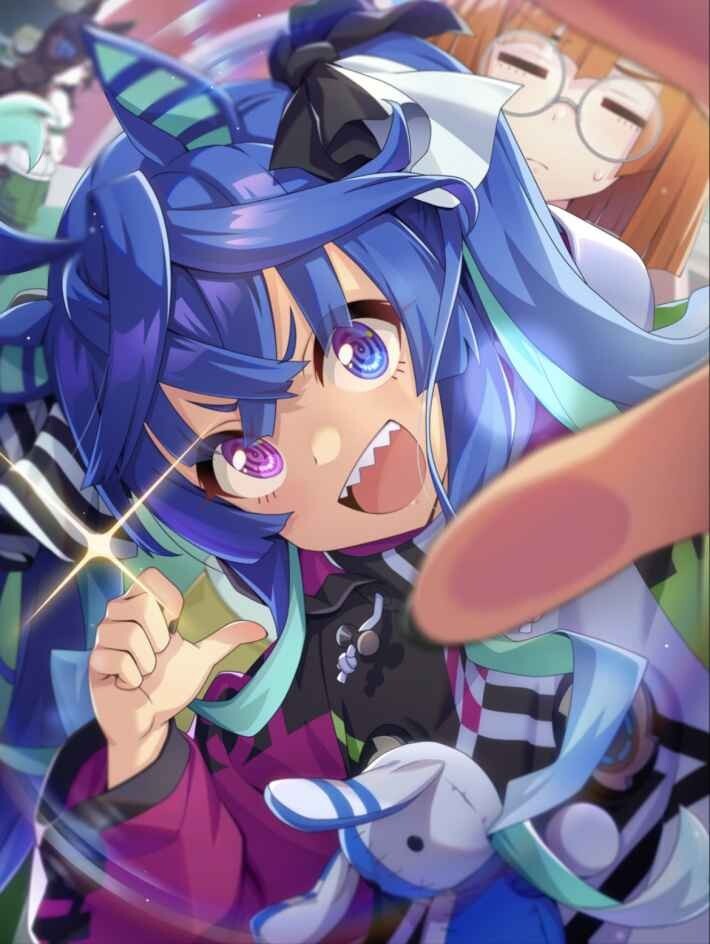 https://doujinrepublic.com/product/tag_page.html?tags=425134
A reckless, full-power turbo girl!
She is an honest girl who can say how she feels while she might be considered as a selfish girl! Since she is too honest, she is not good at managing her own pace, which makes it difficult for her to win the race! But she’s cute!
She hasn’t been implemented since the game has started! We’re waiting! We’re ready for you!!! 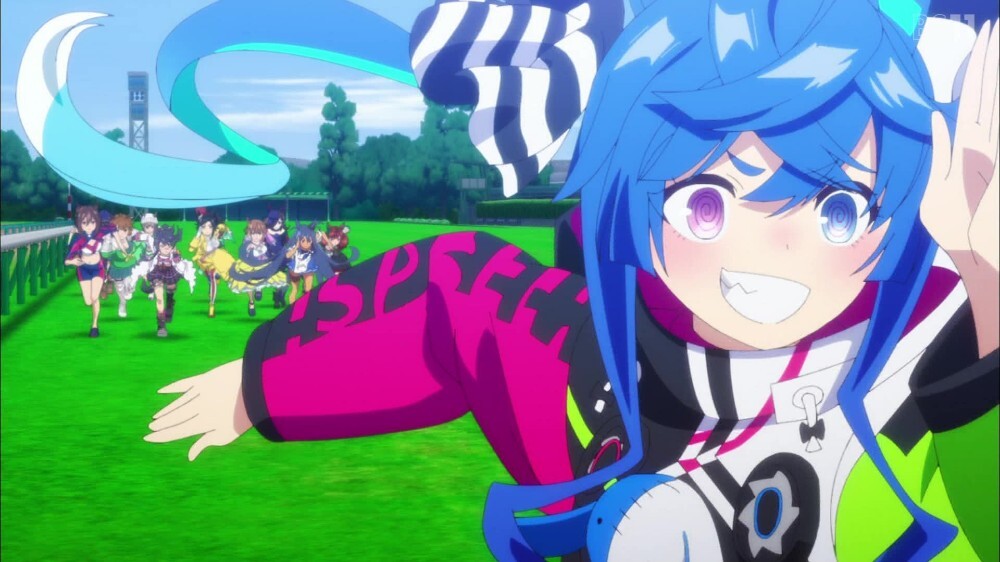 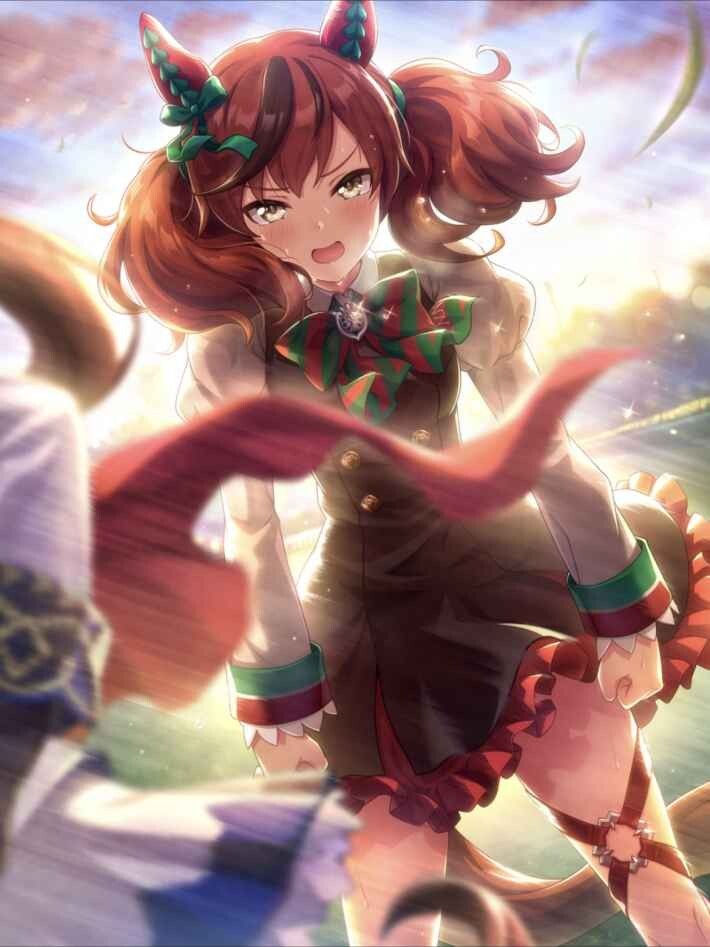 https://doujinrepublic.com/product/tag_page.html?tags=425114
In a good or a bad way, she “never aims too high”.
She might be considered as being modest but rather, she knows her skills precisely. While she yearns for other Uma Musume, full of talents, she can’t do her best (120%) since she is not confident enough. (She usually can’t win mentally.) However, as she sees Teio trying to fight for the race and trying to win mentally, she gradually changes herself.
She was implemented as a cheer girl in the event of the game, taking place in May! 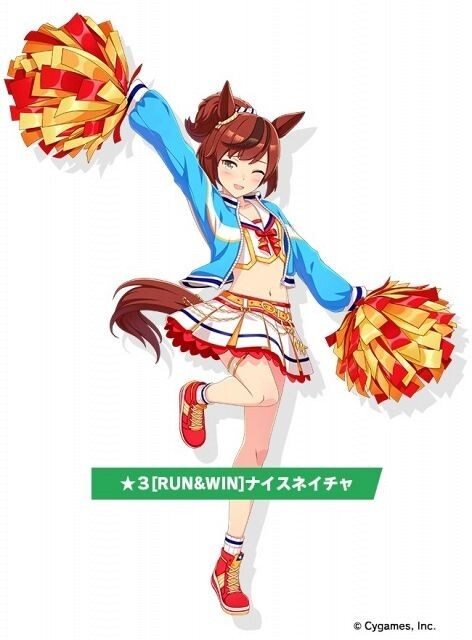 The new costume that Nice Nature is wearing is cute...... It’s lovely......
Now that Uma Musume is celebrating its 1st Anniversary, it has been collaborating with various special features so check them out~! Oh, last June, Uma Musume were implemented as a bride (June Bride) and also as a swimsuit...... It was awesome! 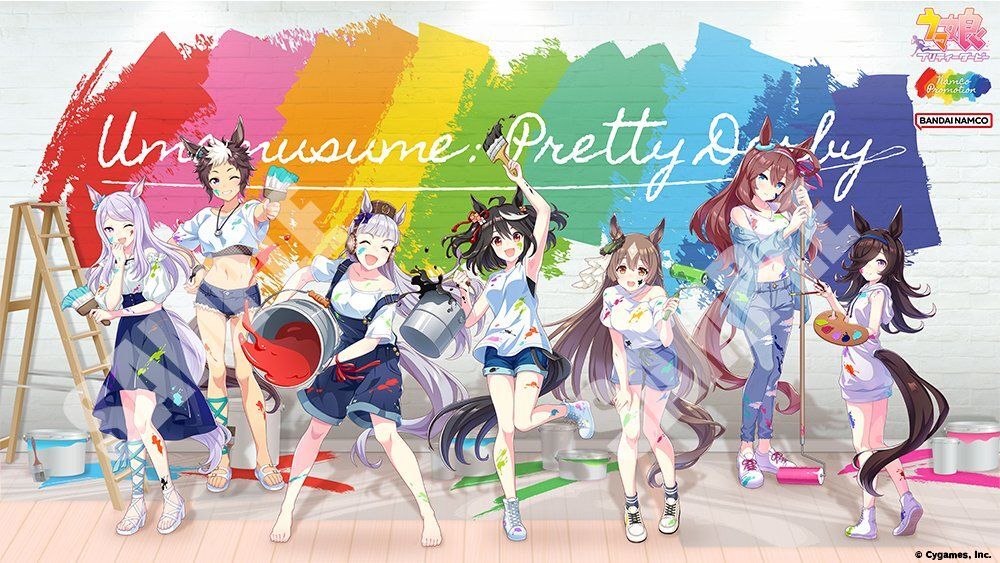 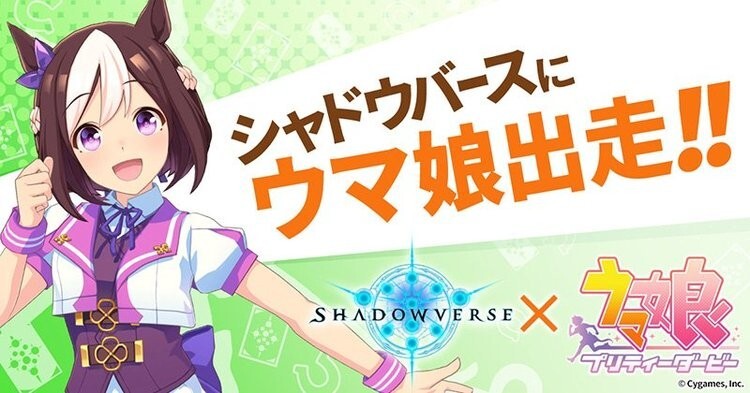 I love seeing them collaborating with something else but I want to watch another anime series of Uma Musume too...... Maybe 3rd Season of anime? An animated version of Cinderella Gray? Or a comicalized animated version which will start soon......?

So, you guys! Which Uma Musume do you want to see as a main protagonist next in anime? I want to watch the one with Nature but I also want to watch Kita-Chan and Dia-Chan who have grown up, just like the anime which released, commemorating its 1st Anniversary......!