Konnichiwa everyone! This is Nozaki from Doujin Republic!

November is coming to its close...... which means, 2022 is almost over! Do you remember what anime you’ve watched in 2022? And which anime, of the ones you’ve seen so far, left an impression?

Today, we want to do a presentation of ‘that special anime’ that was especially intriguing for me among all original anime from the year 2022!
There’s barely any plot spoiler, and we wrote this article hoping that everyone who hasn’t seen it would see it!

【Lycoris Recoil】Anime to watch this year!
Nozaki’s Most Favorite of the year 2022, A feature of Lycoris Recoil’s charms! Yes! Do you know of an anime that was aired in 2022 called ‘Lycoris Recoil,’!?
Personally, I followed it to the final episode because it was quite interesting, so if you haven’t seen it yet! Or you’ve heard of it, but don’t know what it’s about! This article is for you, we’ll give a brief introduction!

To begin with, what is Lycoris Recoil about? 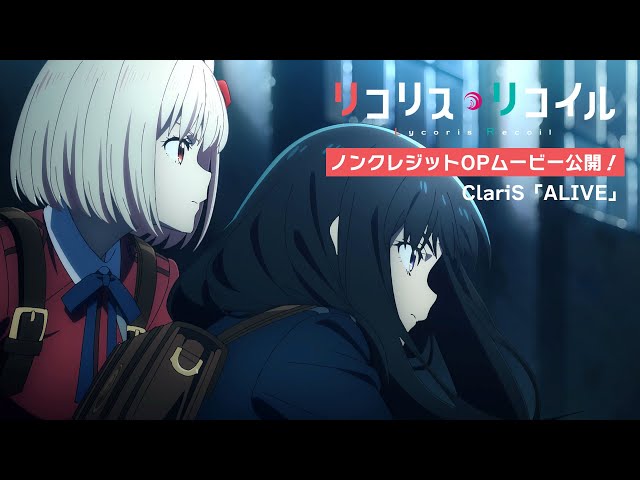 Lycoris Recoil is an original anime work that was aired during the summer season from July 2022 to the end of September. Its genre is “gun action.” It is based on a work by Asaura-Sensei, who is also the creator of “BEN-TO,” and the anime production is done by A-1 Pictures.

Lycoris Recoil is an original animation from the previous cour, and it wasn’t as popular during episodes 1~3, but as the story continued, the brilliant setting, unpredictable and exciting story, and the intriguing character relationship started to trend by words of mouth, and its last episode had a huge number of viewers! I too, didn’t originally see it in the beginning, but I started following it from the midway!

The Storyline of Lycoris Recoil! “Delete” evil undercover.
There was a group of girls called Lycoris who protects Japan’s peace undercover. Modern day Japan is known for its image as a ‘safe’ country compared to the rest of the world. However, this is because of a secret government-sponsored peace keeping organization ‘DA’ is always active.

DA adopts orphans and raises highly skilled female assassins called ‘Lycoris.’ They usually operate undercover as a high school girls in the city, and when there is a threat, they are given orders to assassinate criminals pre-incident to keep Japan a safe country. Story’s main characters are 2 “Lycoris” with opposite personalities.

At the beginning of the first episode, one of the main characters, Inoue Takina ignores orders and prioritizes elimination of the criminal. Even though the mission was successful, she ended up annihilating the enemy and thus any witness. On top of it, she put her colleagues in danger, and as a result was transferred to a different workplace.
Inoue Takina Takina was transferred to café ‘LycoReco’ which is a café from the exterior but secretly a DA’s central office. And there, she meets Nishikigi Chisato, who has the right to wear the red uniform, a sign of the highest ‘Lycoris’ ranking!
Nishikigi Chisato Takina is cool and smart but dislikes impracticality. Because she prioritizes the mission so much, she occasionally puts her colleagues or her clients in danger. On the other hand, Chisato is energetic, carefree, and of a cheerful personality. Chisato’s motto is ‘value life,’ and never resorts to killing, which is a very unique personality in ‘Lycoris’! Lycoris Recoil is an animation about these two definitely capable but completely opposite personality girls becoming buddies to fight a criminal organization!
Because its genre is ‘gun action’, it has a lot of extreme action scenes! Recently, I’m pretty used to wizardry or super-power battle scenes, but it’s been a while to see a realistic legit action scenes that use guns, so I was really thrilled and watched it intensely......! 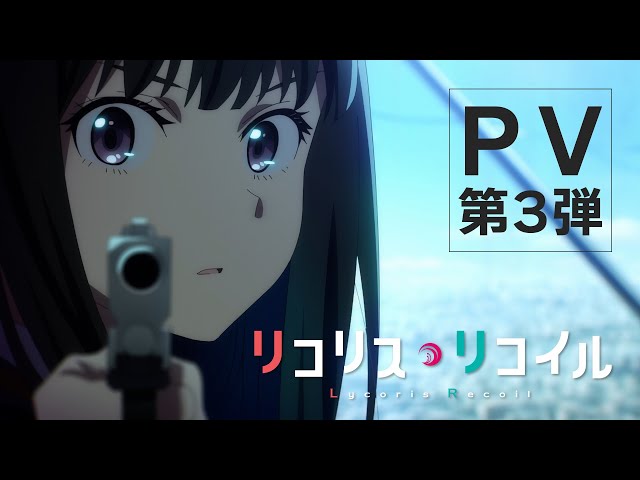 And as you can tell from the fact that the second half saw an explosive increase in the number of viewers, the story gets really interesting toward the latter half! I can’t go into too much detail without spoiling the plot...... but before it becomes 2023, please watch Lycoris Recoil as 2022’s especially intriguing anime! 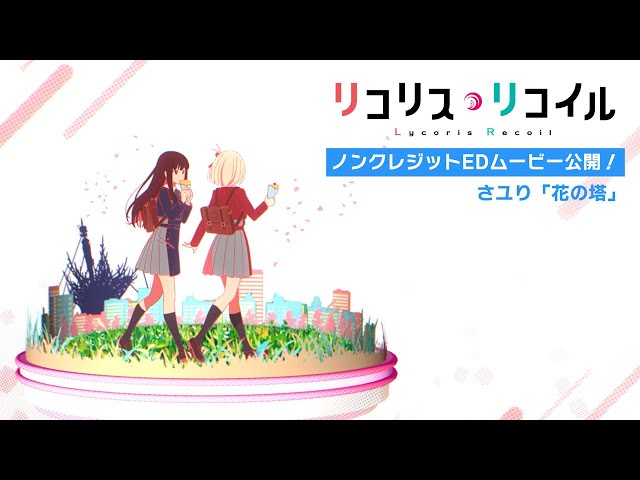 Okie dokie, that’s about it for now! Let’s catch up in the next article!
See you~!
Lycoris Recoil, Inoue Takina, Nishikigi Chisato