I see so many winter anime series starting airing in January 2022, where cute girls play active roles~! Many of them are comedy, fantasy and the genres, which we can watch while relaxing! I’m so happy that I can feel comfortable watching them every week!!
As for Princess Connect Re:Dive, I’ve watched its previous series so I know how interesting it is! And I love {strong 異世界美少女受肉おじさんと (Life with an Ordinary Guy who Reincarnated into a Total Fantasy Knockout) too! It’s such a fun anime! 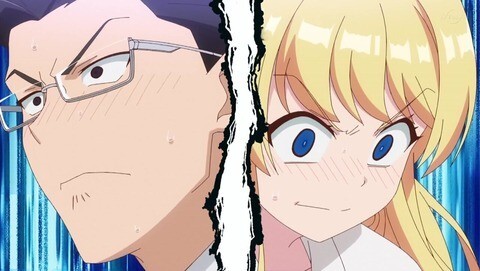 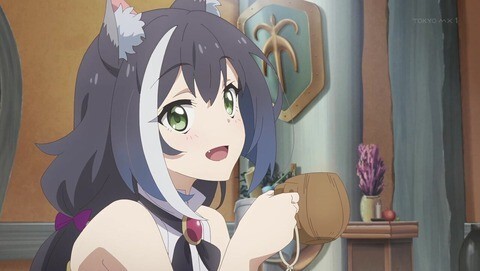 【Takagi-san】
2022 is the Year for Takagi-san!
It’s Time to Prepare for and Review Takagi-san!
3rd Series Anime and a Movie Are Coming Up Soon! 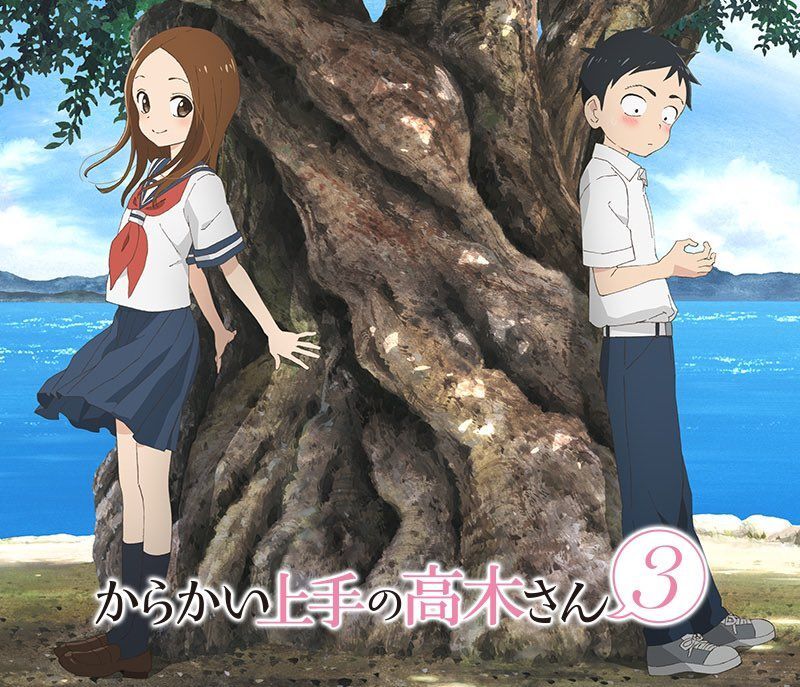 Yep! 2022 is the year for Takagi-san! I’m sure that we’re going to have such an exciting year with Karakai Jouzu no Takagi-san’s 3rd Season anime and the movie, releasing this year!!

So today, I’ll be featuring Karakai Jouzu no Takagi-san for those who haven’t watched it yet! Here’s a Five-Minute article!!

What Is Karakai Jouzu no Takagi-san? 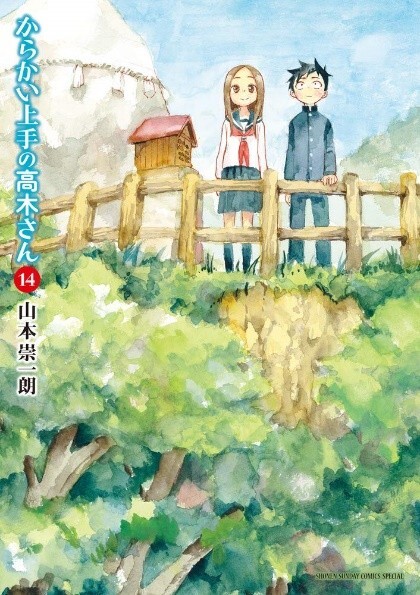 Karakai Jouzu no Takagi-san is a Japanese manga series written and illustrated by Yamamoto Souichirou-Sensei. It’s been serialized since 2013 and it’s sold 10 million copies. It’s a school love comedy-genre story.
17 volumes of tankobon have released. A spin-off series, Karakai Jōzu no (Moto) Takagi-san, where their future marriage life is depicted, has been serialized simultaneously. 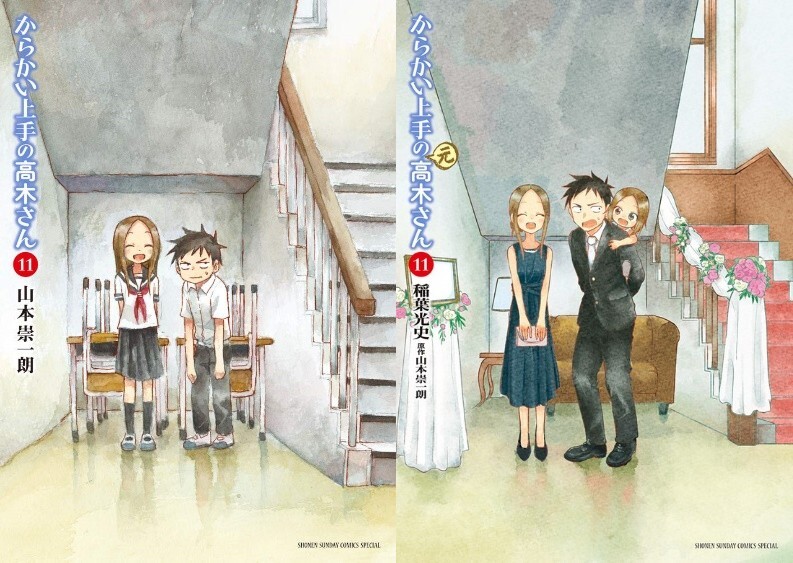 The BEST Part about Karakai Jouzu no Takagi-san!

A simple but a cute love comedy about Nishikata and Takagi-San! 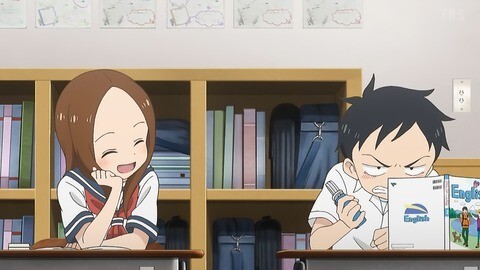 Nishikata and Takagi-San are junior high school students who live in a county side in Japan. It’s about their heartwarming everyday life. Each episode stands alone. So it’s so easy to watch!

They love each other.
Takagi-San doesn’t hide her feeling but how about Nishikata......? 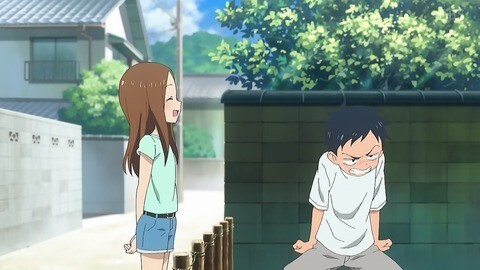 Although this is a love comedy-genre, they actually love each other! Takagi-san often says that she loves him but Nishikata can’t be honest, being afraid of being teased by her! But Takagi-san knows his honest feeling...... We can watch this story with no stress because we know they both love each other already~!

There are no serious incidents happening so it’s always heartwarming, while we can relax watching it! 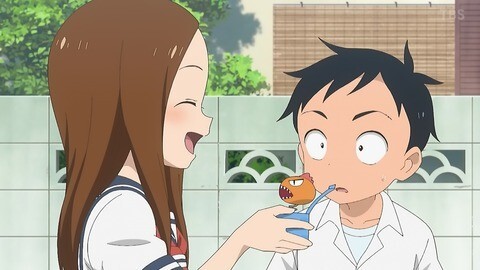 Karakai Jouzu no Takagi-san depicts each episode which Nishikata and Takagi-San experience. It’s usually an episode where something occurs in their everyday life. Sometimes it’s just a little thing. So, we see no big changes in their life.
To me, this is one of the best parts about this series! For those who want to watch a relaxing love comedy, you will love this heartwarming every day life! You will love watching it every week while relaxing!
So, even if you missed watching 1st Season, you can catch up with 3rd Season with no difficulties!! So for those who haven’t watched this series yet, you can start watching it from Season 3 too!

The storyline of the movie hasn’t been announced yet!
It could be an original story......? 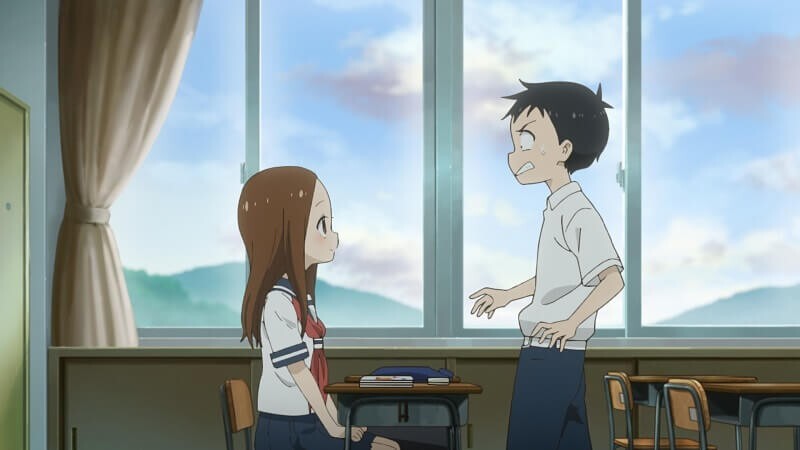 Yep, this is Karakai Jouzu no Takagi-san! Its movie is scheduled to release in 2022! But we don’t know yet which episode will be made into a movie! All the fans are not able to guess which episode it will be...... so it could be an original story??
The release date will be around April after anime’s Season 3 comes to an end. Look forward to the further info!!
Karakai Jouzu no Takagi-san
▸

So! You can watch either from 1st Season or 3rd Season! You can easily catch up with a story! Check this out!

Alright now! This is all for today! I’ll see you guys at the next article!!
Bye~!
Karakai Jouzu no Takagi-san